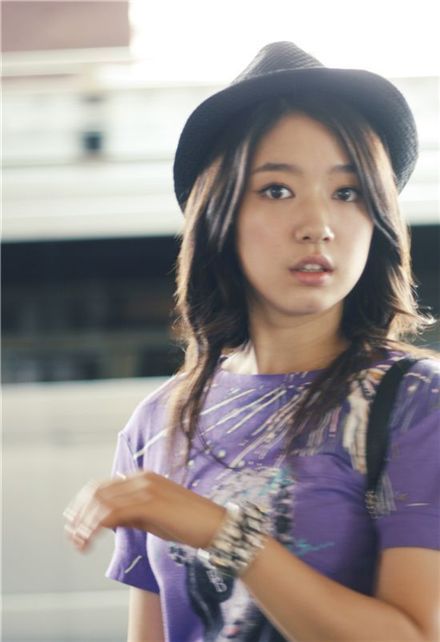 Korean actress Park Shin-hye has said she was "shaken and moved" by the recent fan meeting she attended in Japan with "You're Beautiful" co-star Jang Keun-suk, according to a press release by PR agency Man Insight on Monday.

"I was really shaken and moved after experiencing firsthand the Hallyu craze that I had only heard about", the actress was quoted as saying after attending the fan meeting, held at Tokyo's C.C Lemon Hall on June 26.

"I received a lot more love and support from the fans than I had expected, and I came back feeling very strengthened", the actress is said to have told her agency Ava Entertainment.

Upon her arrival at Haneda Airport in Japan, Park was greeted by fans from China, Hong Kong, New Zealand and the U.S. who were wearing T-shirt that said "I♥Hacci", a nickname for the actress.

At the fan meeting, the actress performed the song "Tik Tok" by Kesha and later shook hands with everyone who came to the event.

"'Minamishineyo' is very popular among young fans in Japan", an executive at Japanese agency AVEX was quoted as saying. "It wouldn't be an exaggeration to say there hasn't been a Hallyu drama that has caused this much craze in several years. And the Japanese fans' interest in Park Shin-hye has grown a lot as well".

The series, which was first introduced in Japan through Hallyu-exclusive cable channel KNTV, will air on Fuji TV as part of the "Hallyu Alpha Summer Festival" starting July 20.

She shot to stardom throughout Asia after starring in "You're Beautiful", in which played a girl pretending to be a man in order to join the popular idol group "A.N.JELL".

She recently wrapped up filming the romantic comedy "Cyrano Agency", which will open in theaters on September 16.

"Park Shin-hye "moved" by recent Japan fan meeting "
by HanCinema is licensed under a Creative Commons Attribution-Share Alike 3.0 Unported License.
Based on a work from this source