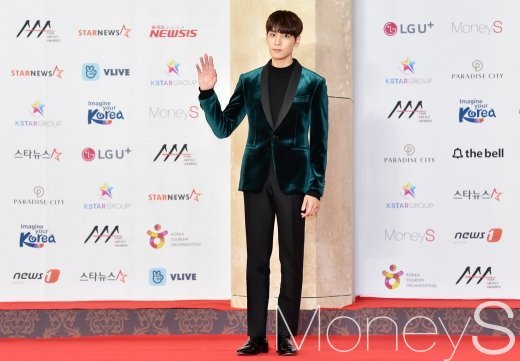 Actor Choi Tae-joon is being discharged today. He was admitted to the army on the 1st of August in 2019. He received basic training and then served as a public service worker.

Santa Claus Entertainment announced on the 19th that Choi Tae-joon will be discharged from military on the 18th of May.

Choi Tae-joon starred in the "So I Married The Anti-Fan" as K-Pop star Hoo Joon. The drama was pre-produced so Choi Tae-joon completed filming before his military service.

Choi Tae-joon debuted in 2001 with the SBS TV drama "Piano". Then starred in dramas such as "Padam Padam... The Sound of His and Her Heartbeats", "The Girl Who Sees Smells", "All About My Mom", "Missing 9", "Suspicious Partner" and more. He most recently starred in the SBS TV drama "The Undateables". He's been in a relationship with actress Park Shin-hye since 2018.