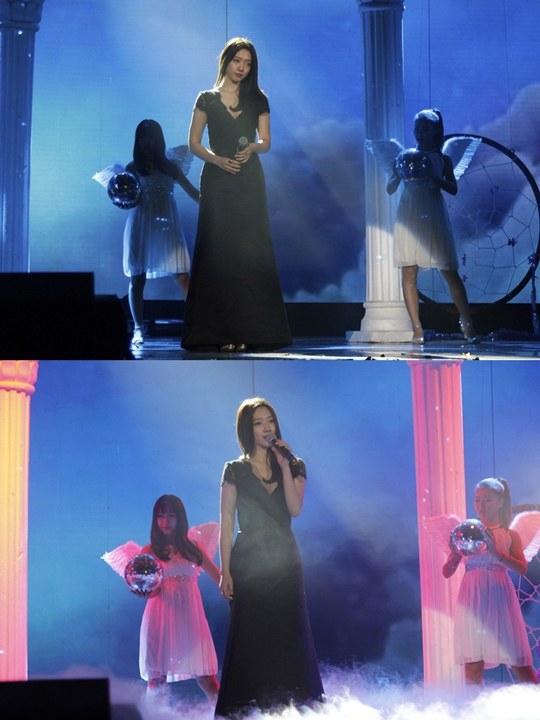 Actress Park Shin-hye sang the OST to "The Heirs" at an awards show in China.

She received the Most Popular Foreign Actress Award at the "2013 TV Drama Awards" in China.

The "2013 TV Drama Awards" is an honorary event in China which has recorded the best shows in China since 2008 and it also chooses the most popular dramas and actors and actresses in Korea, Japan, Hong Kong, Taiwan, Thailand and other Asian countries.

She took on the role of Cha Eun-sang and was loved by Lee Min-ho and Kim Woo-bin. She earned the nickname, 'princess of tears' and was not only demanded for in Korea, but in China as well.

Park Shin-hye's agency claims, "We could feel the heat of the fans and the flashes of the local media all focused on Park Shin-hye. After several interviews with local media we will be heading to Japan to meet her Japanese fans".

"Park Shin-hye sings "The Heirs" OST in China"
by HanCinema is licensed under a Creative Commons Attribution-Share Alike 3.0 Unported License.
Based on a work from this source