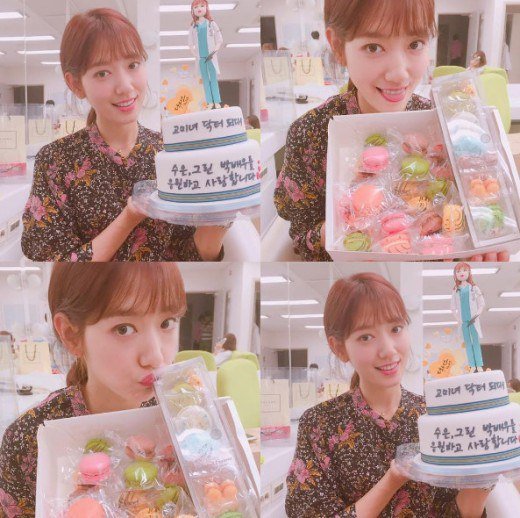 She posted a picture on her Instagram saying, "They sent me just the presents because they didn't want to interfere with my work. Let's go on a trip after this!"

Park Shin-hye is holding up a cake with a doll on top of it and a box of macaroons in another picture.

The two who sent presents to Park Shin-hye met her through the 2009 drama "You're Beautiful". They commented on Park Shin-hye's picture: 'Thank goodness you like it'".

Meanwhile, Park Shin-hye is starring in the SBS drama "Doctors" as Yoo Hye-jeong.

"Park Shin-hye thanks "You're Beautiful" Soo-eun and Geu-rin for present "
by HanCinema is licensed under a Creative Commons Attribution-Share Alike 3.0 Unported License.
Based on a work from this source