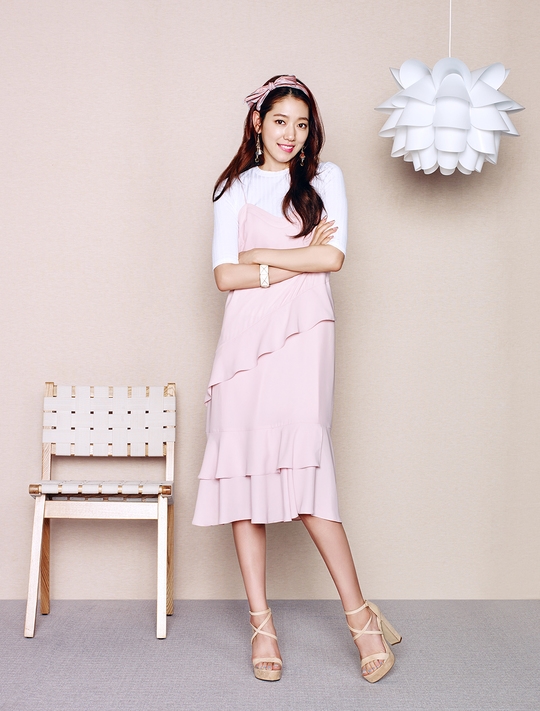 Park Shin-hye will make a cameo appearance in web-drama "Go-ho's Starry Night" to express her friendship with the production team.

Park Shin-hye's agency Salt Entertainment said on April 14th, "Park Shin-hye has made a decision on her cameo appearance in web-drama "Go-ho's Starry Night' and finished filming her part recently'.

According to an insider, Park Shin-hye accepted the offer based on her friendship with the director Jo Soo-won and actor Kim Young-kwang through "Pinocchio". Because it is a cameo appearance, her scene is only a small part. However, it is said that Park Shin-hye committed herself to filming harder than anyone else on the filming set.

Romantic comedy, "Go-ho's Starry Night" tells the story about a twenty nine year old advertisement contractor Go-ho, who wants to be successful with his career as well as romance.

The first web-drama by director Jo Soo-won ("Pinocchio", "I Hear Your Voice") premieres in China first in June this year.

Meanwhile, Park Shin-hye is returning to the small screen through SBS' "Doctors" in June.

"Park Shin-hye to make a surprise appearance in web-drama 'Go-ho's Starry Night'"
by HanCinema is licensed under a Creative Commons Attribution-Share Alike 3.0 Unported License.
Based on a work from this source