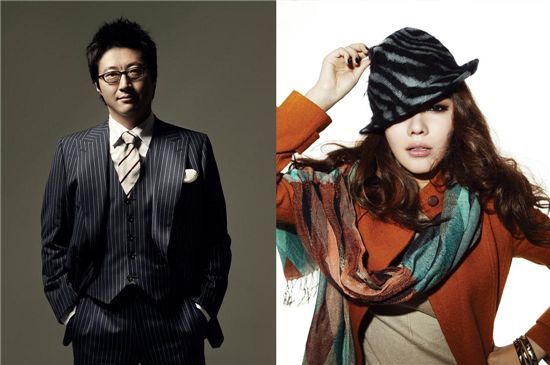 The title to an upcoming TV series starring Park Shin-yang and Kim Ah-joong has been set as "Sign", according to producers GoldenThumb Pictures & Entertainment and Apollo Pictures on Monday.

"Heaven" had been the tentative title to the show, Korea's first medical drama on forensic scientists at a national institute for scientific institution.

"Sign", helmed by famed producer Jang Hang-jun from movies "Break Out" and "Attack the Gas Station 2", will be a 16-part series which will air on public network SBS starting January 5, after "Daemul - Big Thing" starring Go Hyun-jung and kwon Sang-woo ends its run.

The actor rose to fame for his role in hit SBS series "Love in Paris" alongside Korean actress Kim Jung-eun.

Kim has appeared in various TV series and movies since making her debut in 2004, including KBS' drama "The Accidental Couple" and in the film "200 Pounds Beauty".

She was recently cast as the female lead in the 20 billion won U.S.-China joint production of the sports adventure film "Amazing".

"Park Shin-yang, Kim Ah-joong starrer drama title set as "Sign""
by HanCinema is licensed under a Creative Commons Attribution-Share Alike 3.0 Unported License.
Based on a work from this source