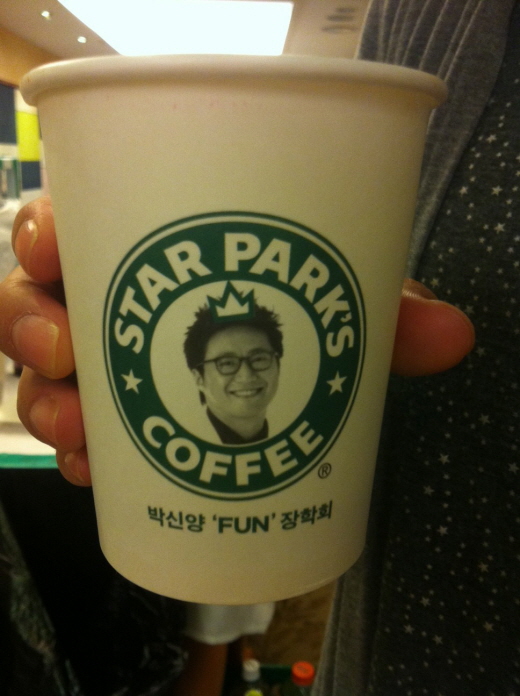 Actor Park Shin-yang cheered up the movie staff with a striking idea.

He recently had coffee delivered to the movie set of "Miss Conspirator" in which he is in. He handed out coffee he made to the staff in a cup that had his face on it.

The cup of coffee with his smiling face and the name "Star Park's Coffee" printed on the cup made everyone laugh. He thought about this idea himself and the design as well.

In 2009 the Park Shin-yang Scholarship Committee was established and he has shown passion for the cultivating of those younger than him. He had the coffee idea while thinking of a way to show his appreciation to the staff.

The "Miss Conspirator" crew said, "The atmosphere is always lively as we get presents like Go Hyun-jung's cosmetics, wireless speakers and Yoo Hae-jin's dinner as well as Star Park's Coffee".

"Miss Conspirator" will be released early next year. 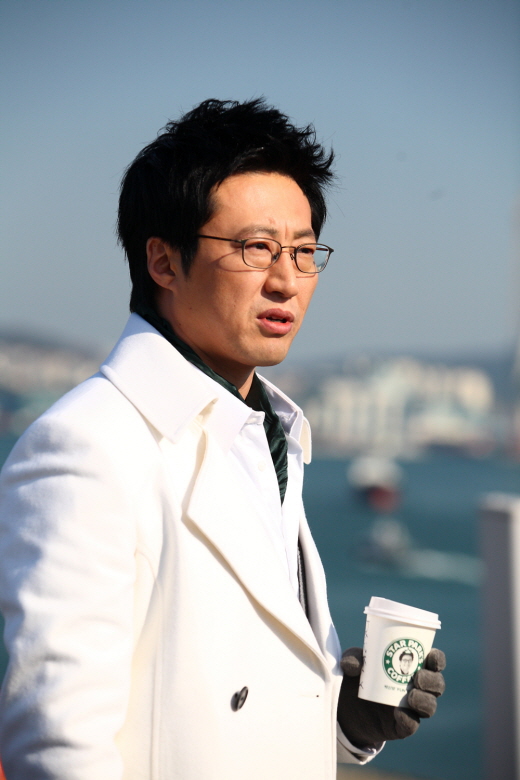 "Park Shin-yang "Star Park's Coffee""
by HanCinema is licensed under a Creative Commons Attribution-Share Alike 3.0 Unported License.
Based on a work from this source