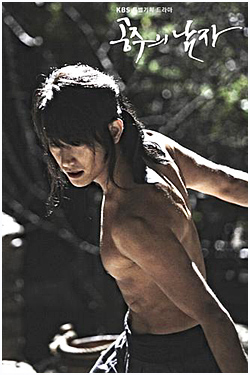 Actor Park Si-hoo will transform into a man bent on revenge in the KBS drama "The Princess' Man".

Park Si-hoo (33), who has caught viewers' attention by presenting enthusiastic acting that seems to break one of the barriers that has kept him back so far, said, "I have to express my feelings too much in the drama, so I usually become totally exhausted after filming. Once filming begins, I usually fall into a trance and I do not know how I am acting until I watch the drama later on TV". Thanks to passionate acting by the protagonists, the drama is rising in popularity, recording twenty percent viewer ratings on September 1.

Right after the episode of "The Princess' Man" was broadcast on September 1, Park Si-hoo gave a telephone interview and he said, "I have usually played a character of the head of a department in dramas, and I really wanted to play something different, so I am very satisfied with the role that I am playing in this drama, and I feel a kind of catharsis while acting. In addition, I am filming the drama pleasantly as I am getting a favorable response from people". He has played similar roles so far in dramas such as a rich man or a cold lawyer, and even though he could gain popularity by playing these similar characters, he had faced the risk of stunted growth as an actor if he did not try something new and make changes.

He played a "prince charming" consecutively when he appeared in the dramas "What's Your Star ??" "How to Meet a Perfect Neighbor", "Glory of the Family", "Glory of the Family", and "Queen of Reversals", and he once said when he had filmed "Queen of Reversals", "I deluded myself into the pretense that I had actually become a prince". At that moment, he came to play the character Kim Seung Yoo in the historical drama "The Princess' Man", and the character whom he plays will transform into a man bent on revenge overnight. His father Kim Jong Seo and his older brother were brutally killed by Soo Yang Dae Gun, and he was exiled to the Kanghwa Islands and came back to Seoul after experiencing a great struggle that threatened his life. The drama will focus on his revenge from now on. 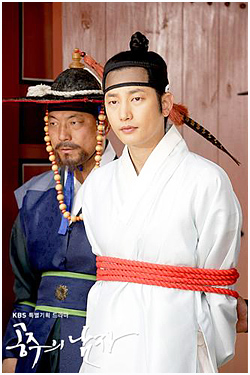 Park Si-hoo said, "Kim Seung Yoo was only a handsome young man before, but he will completely transform into a physically violent man bent on vengeance after going through many difficulties, and I am very much thrilled about playing this dynamic character in the drama. I feel very satisfied with the fact that I can present various appearances in the same drama. I have always wanted to play a different character, and I am playing exactly what I have wanted now. The situation of the drama is very spectacular. I filmed the scene in which I was exiled to the Kanghwa Islands in the beginning of filming, and it looked very nice. I struggled to survive in a boat while in chains and I had to escape into the water. The scene was very tough, and I had many difficulties while filming the scene, but I felt very good that the scene looked very thrilling". 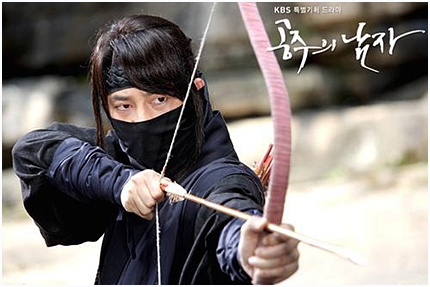 Kim Seung Yoo plays a seemingly invincible person in the drama. He escapes from the throes of death many times. He survives in the worst situation and takes the lead in the subsequent adventures. Park Si-hoo said with smile, "Usually the protagonist is invincible in any work. I watched the drama "IRIS", and I found out that the protagonist never died even after taking many gun shots". He used to wear a suit or stylish costumes in his drama up to now, but he fell into the role of a beggar with disheveled hair in the drama. But his gaze and facial expression become more vitalized and lively contrary to his degrading appearance. In particular, Kim Seung Yoo becomes mute after his family members were all exterminated. He expresses his emotion only by using his eyes, and his acting with his eyes looks very natural. His acting has been rated to have exceeded expectations and his acting has improved as the drama progressed. He could also successfully abandon his previous images that he had obtained by playing a character of the head of a department in a company in other works. 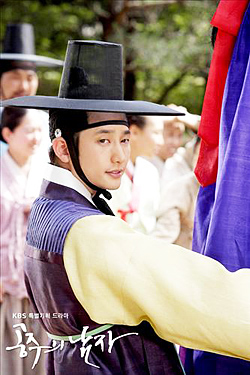 Park Si-hoo said, "My acting seems to have become better as I have appeared in many works. Actually I did not notice that Kim Seung Yoo lost his words in the drama because I had to film the drama every day in frenetic situations. I recently slept for only ten minutes over three days. It was very difficult to film the drama and I stayed awake for two nights and three days. People around me told me that I had less lines in the drama and I finally noticed that I do not have many lines in the drama after Kim Seung Yoo became a silent man (laugh)". His acting in which he struggles with anger, swings a sword with eyes burning with anger, and expresses his painful emotions seems very natural without any exaggeration, so his natural acting easily let viewers empathize with his character in the drama. 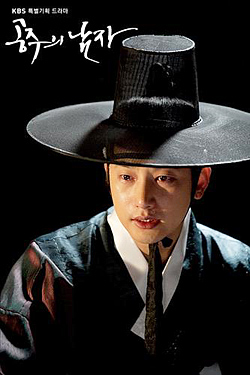 In addition, Park Si-hoo presents a more mature appearance in the romance with the daughter of his enemy, Se Ryung (Moon Chae-won). Park Si-hoo said, "I like this tragic melodrama even though I feel very sad at the same time. What if the same thing happened to me? I would not know what to do. Can I go somewhere with her to live together regardless of my father's death? Kim Seung Yoo is now very lonely in the drama, so I am very curious about the following stories with Se Ryung. I was very excited when Seung Yoo kidnapped Se Ryung. The scene looked very heart-rending".

"The Princess' Man" will be produced as a total of twenty four episodes, and it has aired fourteen episodes so far. At the end of the fourteenth episode, Se Ryung was shot by an arrow instead of Seung Yoo and collapsed. Park Si-hoo said, "I have been very busy and I do not have time to read the script. I received the script for the fifteenth episode, but I do not know what will happen to Se Ryung because I could not read the script yet". He smiled. He continued, "People are very curious and worry about how the story will develop in the future, but you do not need to worry about it. There will come many exciting stories after the political battle. Seung Yoo will add momentum to his revenge and he will confirm Se Ryung's love towards him". About the ending of the drama, he said, "I think that a sad ending will be more suitable for this drama than a happy ending. But I do not know. I intentionally did not ask the writer about the ending. I am perfectly immersed in Seung Yoo's emotions now and I am also following the development of the story".

Park Si-hoo debuted at the relatively late age of twenty seven and he has been acting for six years since his debut. Asked what makes him act, he answered, "Filming itself is very difficult. We have to follow a very tight filming schedule, and there are many risks facing us such as car accidents, but I feel filming the drama is worth it even in this difficult situation when I watch every episode on TV, and every episode forms one perfect work of drama after it has been completed. I can forget about all those difficulties when I watch the drama on TV. I become even more happy if the drama earns favorable responses. I have the same attitude about acting now. I am trying to enjoy filming any work regardless of the importance within the drama. I have come a long distance since it is a historical drama. In any event, I hope that we can finish this drama without any trouble".

"Park Si-hoo: 'I Feel Sad while playing Kim Seung Yoo'"
by HanCinema is licensed under a Creative Commons Attribution-Share Alike 3.0 Unported License.
Based on a work from this source