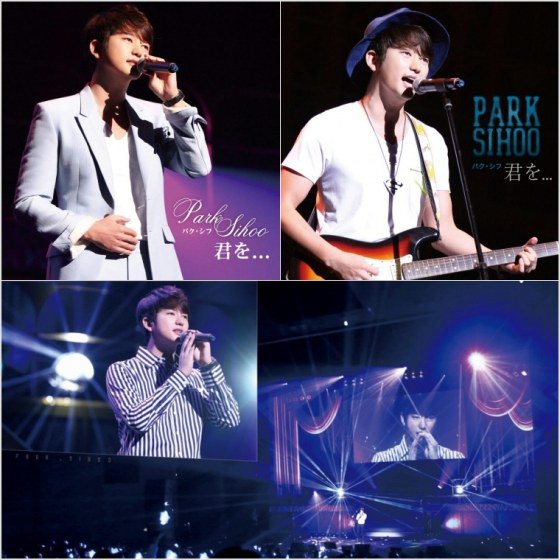 According to Park Si-hoo's agency, he released his single "Kimiwo..." in Japan on the 27th.

Park Si-hoo sang the title song "For You" at the Yokohama fan meeting in September last year. Due to huge demand, the song was released again in Japanese version.

"For You" is about Park Si-hoo's dearest message to his fans and he wrote the lyrics himself. He said, "I wanted to deliver my appreciation to them in person".

He practiced singing the Japanese version in the best way that he could and successfully recorded it.

Park Si-hoo said, "I can't believe I have an official album and it wasn't easy recording in Japanese, but I thought about my fans who are waiting for me".

Meanwhile, Park Si-hoo is coming out soon with the movie "After Love" in Korea, China and Japan.

"Park Si-hoo becomes a singer in Japan"
by HanCinema is licensed under a Creative Commons Attribution-Share Alike 3.0 Unported License.
Based on a work from this source