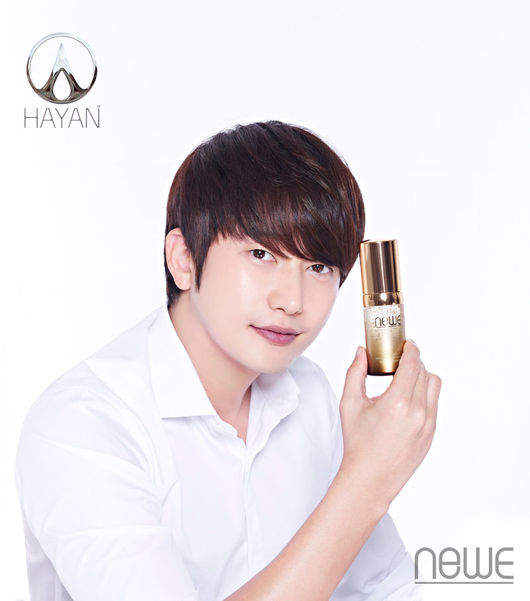 On September 2nc, Hayan Corporation announced that they signed a modeling contract with Park Si-hoo, of which deal is based on the industry's best conditions.

The company also expects they will be able to maximize the brand power by choosing Park Si-hoo as their model, who stands out as one of the top hallyu stars in China, Japan, Taiwan and Hong Kong and other Aisan markets.

Park Si-hoo was ranked top for two years in a row on the Korean and Japanese star voting site '123fans' and top on Global K Star ranking for three weeks in a row (as of August 26th). He also stays in the top range on Korean Wave and Baidu Tieba proving his popularity in China and Japan.

Park Si-hoo is coming back with OCN's espionage drama, "Neighborhood Hero" in three years. Filming begins this month. Also he also will co-star with Yoon Eun-hye in melodrama movie, "After Love" where he plays an ex-pilot role, Kim Seong-joon. The movie will be released simultaneously in Korea, China and Japan.