Park Si-hoo's cross-examination with 'A' 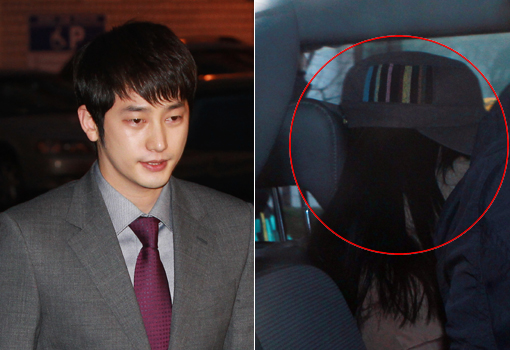 Continuous talks about the case, how is the case being resolved?

Park Si-hoo tested with the lie detector for 5 hours.

The police investigations regarding the Park Si-hoo rape case is facing a new situation. The 35 years old actor was tested with the lie detector along with a cross examination with 'A'. While both parties claim different stories, attention is focused on the investigations this day.

Park Si-hoo, A and Kim were investigated from about 7 in the evening at the Western Seoul Police Department.

The police concentrated on the case from how they got together for drinks on the 14th of February, to Park Si-hoo's home and the story right before 'A' got the courage to make a police report. Park Si-hoo appared on this day and said, "I had a hard time for the past few weeks. I hope this investigation helps the truth to be told".

They were also tested with the lie detector at the National Scientific and Crime Investigations Laboratory NSCIL for over 5 hours. He was silent at the pouring questions when he came out of a smaller building and not the main one, looking exhausted and hat on.

The police are going to trace back the case with all that they have gathered so far. The lie detector can't actually be used as evidence but it will be a good reference in the case. The results will be out on the 14th.

"Park Si-hoo's cross-examination with 'A'"
by HanCinema is licensed under a Creative Commons Attribution-Share Alike 3.0 Unported License.
Based on a work from this source