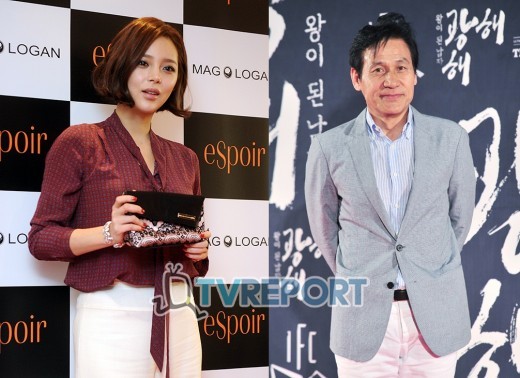 The making for Hollywood film "The Last Knights" started on the 5th in Prague, Czech Republic. This is the first movie by So Big Global Content Investments Association (aka So Big Global Fund) which was established targeting the international market.

Luca Production in Korea invests and produces this movie with famous Hollywood director Jay Stern who made the "Rush Hour" series.

The leading roles are done by Morgan Freeman from "Shawshank Redemption" and "The Dark Knight Rises" and Park Si-yeon and Ahn Seong-ki also play major roles in it. Japanese director Kiriya Gazuyaki takes over the megaphone.

"The Last Knights" is an action epic of a brave general Layden (Clive Owen) and his king Batok (Morgan Freeman) fighting against corruption in the time of the earlier times.

"Park Si-yeon and Ahn Sung-ki work with Morgan Freeman"
by HanCinema is licensed under a Creative Commons Attribution-Share Alike 3.0 Unported License.
Based on a work from this source