Park So-dam's issue with production VS broadcasting VS management 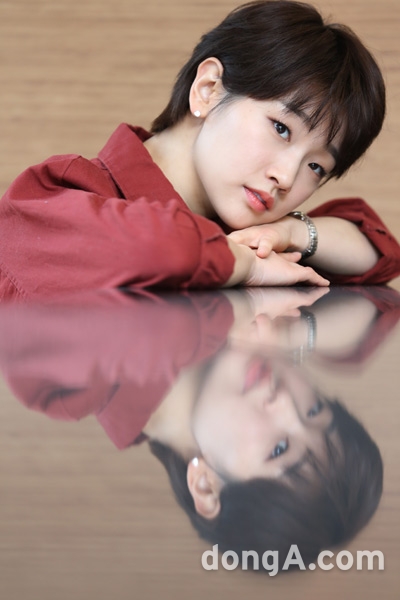 What went wrong? Actress Park So-dam, who is about to star in the new KBS 2TV drama "Beautiful Mind", has brought along a lot of static with her. Park So-dam is starring in another pre-produced drama called "Cinderella and the Four Knights", but now that it's likely that the two dramas will overlap, her morals are being questioned. Park So-dam, KBS and HB Entertainment are coming forth with different statements.

Since "Beautiful Mind" is starting on June 20, Park So-dam could be in two dramas at the same time and the two dramas could overlap. The problem is, if the "Cinderella and the Four Knights" actress happens to star in another drama that starts first, then what broadcasting station would give space to a pre-produced drama?

HB claims Park So-dam took the offer to another drama that could overlap with this one without notification. HB says, "The making was planned from the end of May to early June. As an actress, we believe she will take full responsibility for the making, promotions and broadcasting".

- KBS "We will change actress if this becomes a problem"

KBS claims they are contemplating whether or not to keep Park So-dam. The result may depend on how the situation flows. According to the 'drama status report' released by media, the lead actress for "Beautiful Mind" is Park So-dam. However, she wasn't there for the script reading and teaser making.

KBS explained that the reason for casting Park So-dam in such circumstances was because she was fit for the role. However, as the situation keeps building up tension, the drama department announced: "After we received news that it was difficult to organize a time frame for "Cinderella and the Four Knights", we discussed whether or not Park So-dam would be in it. If we set a date for "Cinderella and the Four Knights" by the end of the month, we will change the lead actress. However, if that's not the case, then we will continue as planned".

Park So-dam's management also claims that although they got an offer from "Beautiful Mind", "Cinderella" comes first. If the two dramas happen to overlap, they will follow ethics and give up "Beautiful Mind".

The management knows that the "Cinderella" production is making effort for a slot and is waiting for this to be settled. If the dramas overlap even one episode, they can't have Park So-dam in "Beautiful Mind". They want Park So-dam to do her best in "Cinderella and the Four Knights".

"Park So-dam's issue with production VS broadcasting VS management"
by HanCinema is licensed under a Creative Commons Attribution-Share Alike 3.0 Unported License.
Based on a work from this source