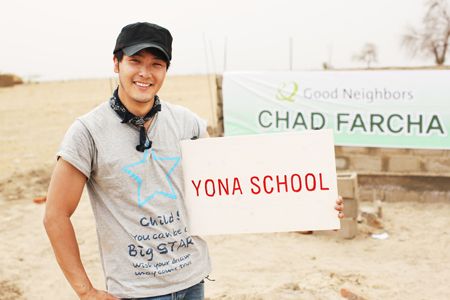 Sources close to singer and actor Park Yong-ha, who was found dead this morning in an apparent suicide, have said it may be Park's great filial piety toward his father that led to his death.

According to multiple sources, Park moved in with his father, suffering from late-stage stomach cancer, so he could look after him.

He had even been reconsidering his decision to star in "Love Song - Drama", a small-screen remake of legendary Hong Kong pic "Comrades, Almost a Love Story", to spend more time by his father's side, sources said.

The series, also starring actress Yoon Eun-hye, was set to go into shoot around late July and go on air in Korea by the end of the year.

Sources also said Park and his father were like "close friends", with Park taking his father on tour with him to Japan as well as often discussing his career with him -- Park's father was a famed music producer in the 1970s to 1980s and the manager of veteran singer Song Chang-shik.

Hence, being the devoted son he is, Park probably tormented himself over his father's illness and chose to commit suicide, explained the sources.

News of Park's death has stunned fans and the entertainment industry as the celebrity, also a popular figure in Japan after starring in smash-hit series "Winter Sonata" alongside Bae Yong-joong and Choi Ji-woo, had been actively pushing forth his career as well as taking part in volunteer work.

Having led a particularly successful singing career in Japan, placing several albums within the top 10 on the Oricon charts and winning four consecutive Japan Gold Disc Awards, Park had attracted 20,000 fans to a concert marking the fifth year since his debut in the country and was set to go on a three-month long 16-city tour starting last week.

He had also visited the Republic of Chad in Africa over several occasions since last year as a goodwill ambassador of non-profit organization Good Neighbors and had donated money to help build a school under his name, YONA SCHOOL, in the country.

Park was found hanging himself from the cord of his mobile phone charger at 5:30 a.m. in his house. His body has been placed at Seoul St. Mary's Hospital.

"Park Yong-ha's devotion to father led to death, say sources"
by HanCinema is licensed under a Creative Commons Attribution-Share Alike 3.0 Unported License.
Based on a work from this source