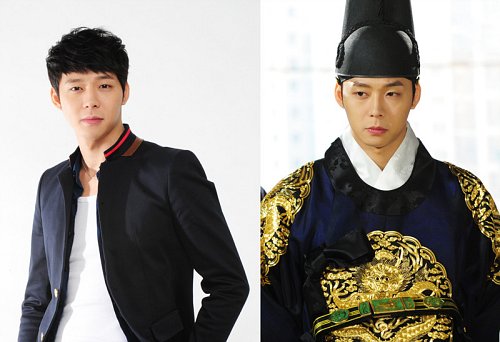 SBS drama "The Rooftop Prince" had its first script reading.

The entire crew of "The Rooftop Prince" gathered at the SBS Ilsan Production Center and had their first camera tests and script reading. There was a newsbreak about the intense cold outside but the room was hot with the passion of the crew.

Park Yoo-chun, Han Ji-min, Jung Yoo-mi and Lee Tae-sung stood out perfectly in the camera test prior to the reading and the three handsome men who fly into the 21st century from the Chosun times -- Jung Suk-won, Lee Tae-ri and Choi Wooshik -- looked like they were going to make a few women cry.

Director Sin Yoon-seob, writer Lee Hee-myeong and the crew met during the reading that took place in the later evening and applauded the beginning of the drama's filming. Chairman Park Jong from SBS Plus and Kim Yeong-seob, General Manager of the SBS Drama Department, attended the script reading and showed their anticipation.

It is said that although it was just a reading, all the cast did their best as if it was the real scene.

"The Rooftop Prince" is about a prince from the Chosun times traveling into 2012 Seoul in search of a lost romance and will broadcast its first episode in mid-March.

"Park Yoo-chun and Han Ji-min's first script reading"
by HanCinema is licensed under a Creative Commons Attribution-Share Alike 3.0 Unported License.
Based on a work from this source