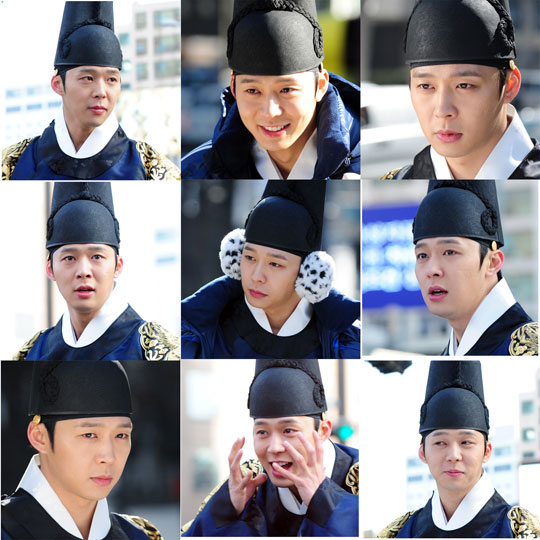 Several people on their way to work stopped to stare at Park Yoo-chun in the middle of Chungmuro where high rise buildings surround the city.

The surprise appearance was for the making of the new SBS drama "The Rooftop Prince" which is coming in March.

He seemed very uncomfortable at first but when the cue sign fell through, he acted out the very confused and panicking prince who landed in an unfamiliar environment.

Although the shoot went on for a long time, Park Yoo-chun was bright but sincere all throughout the shoot and was very friendly to all his fellow actors and staff.

"Park Yoo-chun appears in Chungmuro "
by HanCinema is licensed under a Creative Commons Attribution-Share Alike 3.0 Unported License.
Based on a work from this source