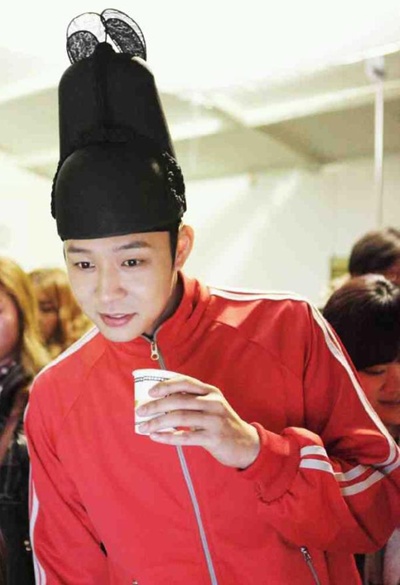 Member of male group JYJ, Park Yoo-chun's fans donated 11.5 tons of rice in hoping for the success of his drama.

The official press preview of the SBS drama "The Rooftop Prince" was held at the Jamsil Lotte Hotel on the 5th.

The press preview surroundings were covered in the rice wreaths sent by the fans.

Meanwhile, "The Rooftop Prince" is about a prince who flies through 300 years in search of his lost love in the 21st century with Park Yoo-chun and Han Ji-min.

"Park Yoo-chun's fans send 11.5 ton rice wreath"
by HanCinema is licensed under a Creative Commons Attribution-Share Alike 3.0 Unported License.
Based on a work from this source