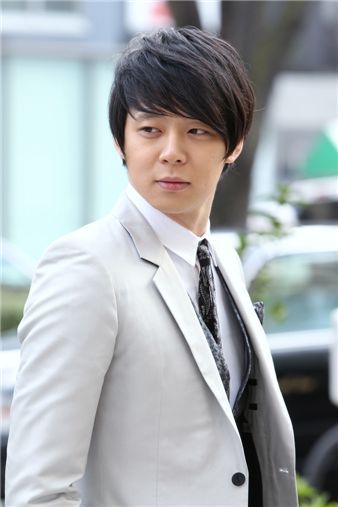 Park Yoo-chun of Korean idol group TVXQ has been set to star in an upcoming television series tentatively titled "Sungkyunkwan Scandal", according to the show's promoter YTREE MEDIA on Wednesday.

YTREE announced in a press release that the pop idol has been cast in the historical drama, set in the Chosun Dynasty, to play a Confucian scholar named Lee Seon-joon who falls in love with a woman in disguise as a man.

"I had so much fun reading the synopsis", the singer-turned-actor was quoted as saying. "It is an honor to play such an attractive character for my first acting role".

The singer expressed his ambitions for his solo acting debut, saying "I am actually very excited and nervous too because this is my first drama. I am going to learn a lot of things, work hard and do my best in acting".

The historical drama, based on a best-selling novel by Korean writer Jeong Eun-kwol, will go into shoot early next month and air later during the year.

Park Yoo-chun, whose real name is Park Yoochun, debuted in 2004 as part of five-member boy band TVXQ. The group became one of the most phenomenal K-pop acts in the country and throughout Asia, selling numerous records and recently making history in the Japanese music scene.

TVXQ has been making headlines this week for announcing over the weekend that they will no longer be working in Japan as a group and that the members will go their separate ways to pursue individual careers.

The band had officially quit working as a group in Korea last July due to a legal dispute between three of its members -- Xiah Junsu, Kim Jae-joong and Park Yoo-chun -- and talent agency SM Entertainment over their 13-year exclusive contract.