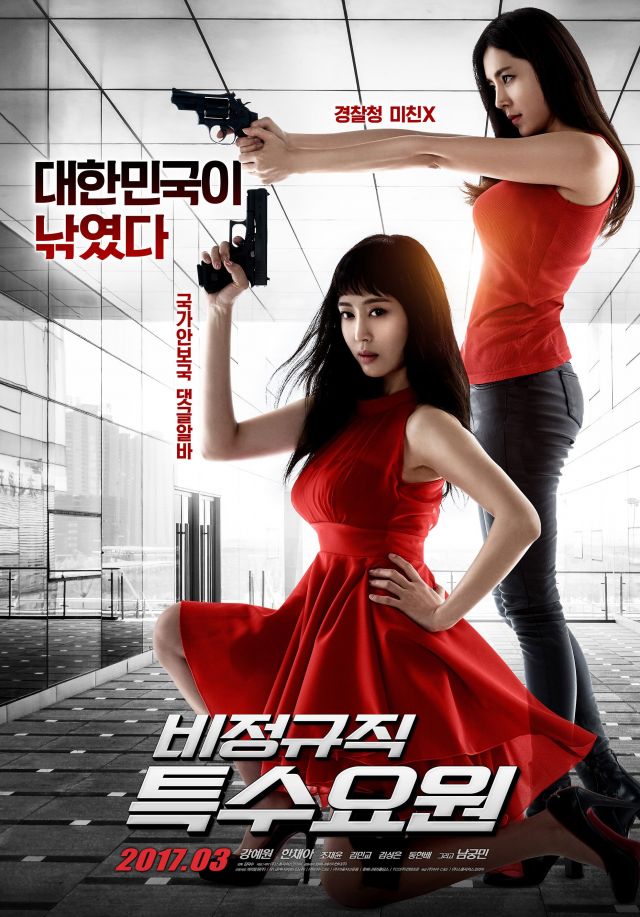 Genres: Action and Comedy
Running Time: 117 min.
Directed by: Kim Deok-soo
Starring: Kang Ye-won, Han Chae-ah
Synopsis: Jang Yeong-sil barely lands a job at the National Security Agency. She is hired as a contract worker to write positive comments for the NSA. Na Jeong-an is a detective who often uses foul language. They carry out an infiltration operation to recover money that was stolen from her boss in a voice phishing scheme.

"Part-Time Spy (2016)"
by HanCinema is licensed under a Creative Commons Attribution-Share Alike 3.0 Unported License.
Based on a work from this source