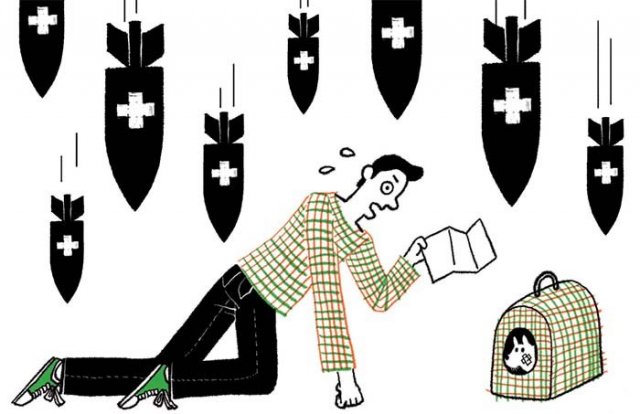 Pet owners are complaining about sometimes exorbitant veterinary bills and demanding price curbs of the same kind as for human medical treatment.

According to a survey by the state-run Rural Development Administration in September of last year, Koreans own 8.71 million dogs and cats. Some 4.54 million households have more than one dog and 1.12 million have cats.

A whopping 87.4 percent of respondents said veterinary costs were too expensive.

The issue is so hotly contested that lawmakers recently held a meeting to discuss solutions. Park Ye-kyong of the Korean Kennel Federation said, "Many pet owners give up because the veterinary costs are so high. Costs vary from one vet clinic to another, and some charge more for surgery, hospitalization and x-ray costs than hospitals for people".

Ji In-bae at Dongguk University said, "For people, medical bills are mostly covered by health insurances based on standardized procedures, but that's not the case for animals". Besides, pets who cannot explain their symptoms to vets often have to get through a lengthy examination, causing costs to rise.

Pet owners are increasingly suspicious of overcharging. One office worker who spent W3.5 million last year on back surgery for his dachshund said, "I think vets are abusing the adoration pet owners have for their companion animals. Such a bill would be disastrous for people who don't make a lot of money".

Exorbitant bills are forcing some owners to abandon their pets. The Korean Animal Welfare Association polled dog owners on how long they kept their dogs and found that only 12 percent owned them until they died.

A worker at an animal shelter in Seoul said, "Most of the abandoned pets we find require surgery or medical treatment".

But vets are opposed to hobbling their cash cow. A staffer at the Korean Veterinary Medical Association said, "Until 1999, there were standard treatment guidelines for veterinary clinics, but they were scrapped due to calls to allow them to treat animals more properly at their own discretion. There is no need to regress to the past".