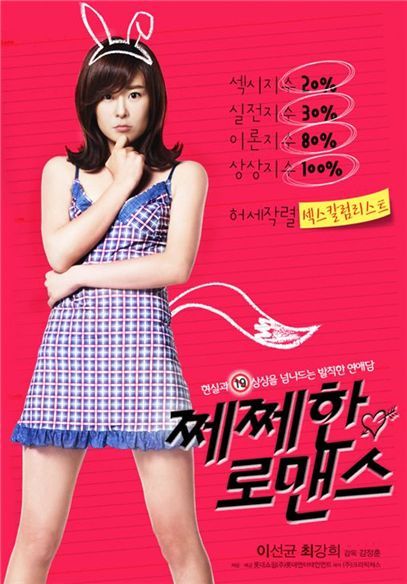 Local romantic comedy "Petty Romance", which opened in theaters on December 1, debuted on top of Korea's box office during the first weekend of December.

Lee Sun-kyun and Choi Kang-hee starrer "Petty Romance", about an unskilled cartoonist and a former sex columnist coming together to write an adult comic, attracted 456,629 viewers from December 3 to 5, according to data by Korean Box Office Information System (KOBIS) released Monday.

Opening the same day was "The Warrior's Way", an action flick produced in New Zealand, which came in second with 213,653 viewers.

In the film, Korean actor Jang Dong-gun's Hollywood debut pic, Jang plays an Asian warrior that flees into a small town in search for a peaceful life, only to be pursued by assassins.

American alien invasion SF film "Skyline", starring Eric Balfour, Scottie Thompson and Donald Faison, had claimed No.1 the previous weekend but slipped to third place during the past three-day period by selling 133,683 tickets.

Other hot, new ticket sellers included "The Chronicles of Narnia: The Voyage Of the Dawn Treader", "The Last Exorcism", and "The Switch".

""Petty Romance" debuts on top of box office"
by HanCinema is licensed under a Creative Commons Attribution-Share Alike 3.0 Unported License.
Based on a work from this source