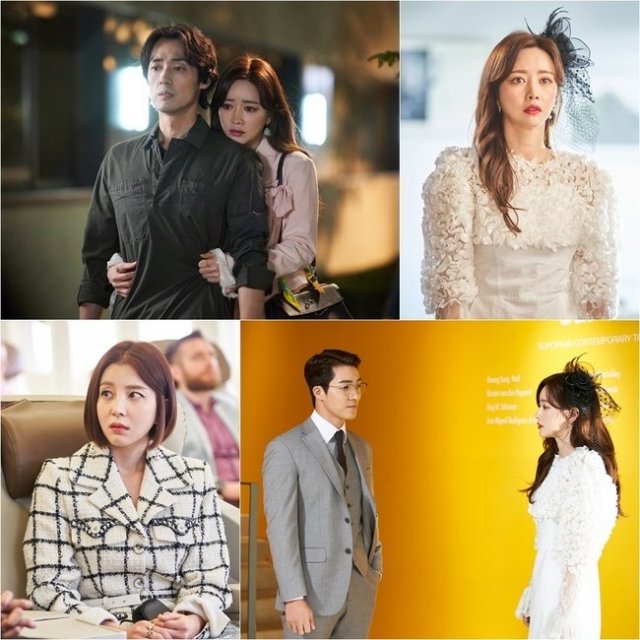 "Phoenix 2020" is a drama about a rich woman and a poor man who married only for love and got divorced, and about what happens when they meet again after their economic situation has been completely reversed. Points to observe have been released on the 25th of October.

The original, which was a 26-episode series, is being remade into a 120-episode morning drama, adding a large number of new stories. Director Kim Jae-hong said at the last production presentation, "I'm filming thinking of it as a 'melodrama' in the morning, and not just a morning drama", adding, "Mystery and suspense genres have been added". As a result, it raised questions about new attempts to break away from the traditional morning drama.

Lee Yoo-jin-V, the writer of the original and latest "Phoenix 2020" also said, "After the reunion of a once-loved man and woman, I will try to paint an interesting picture of the process of recovering and understanding the wounds they gave each other rather than the ending they loved each other again", signaling that the four main characters will deal with more delicate and deeper emotional lines.

As the story becomes richer, the characters leading the play become more colorful. Seo Ha-joon will perform the twins Seo Jeong-in and Seo Jeong-min at the same time, taking on his first double role performance since his debut. Seo Jung-in, in particular, plans to draw a special story with Hong Soo-ah and Lee Jae-woo at the beginning of the drama. In addition, Jung-in's fiancee, Han Na-kyeong (Oh Cho-hee), is expected to add to the drama's tension. In addition, additional characters with various charms and stories, such as Jeong-min's stepmother Choi Myeong-hwa (Sung Hyun-ah) and private moneylender Mr. Kang (Kang Sung-jin), appear, raising expectations for their heated acting.

Much tighter chemistry, love lines and bad relationships are depicted. The relationship between each character will also become stronger. In an earlier written interview, writer Lee Yoo-jin-V said, "A middle-aged melodrama that was not portrayed in the original will be presented. You can look forward to the chemistry between Kang Sung-jin (Mr. Kang) and Yang Hye-jin (Cho Hyeon-sook)". In addition, the drama will feature a full-length story that cannot be missed for a moment, with more tightly portrayed affection, bad relationships, and hidden relationships beyond everyone's imagination.

Among them, attention is drawn to the new lines that gave birth to the "Phoenix" syndrome and 'Phoenix fanatics' in the small screen. At the last production presentation, producer Kim Jae-hong-III said, "When you write the script, writer Lee Yoo-jin-V writes what she wants to say to a character in the drama. She will write new lines with the version of "Phoenix 2020", such as "Don't you smell something burning? My heart is burning" and "Do you know why the Korean War broke out?" It raises expectations for new classic line in the 2020 version, which will once again target the heart of 'Phoenix fanatics'.

The drama premiered on the 26th of October.