[Photo] BoA is thoughtful in poster for "Autumn Sonata" 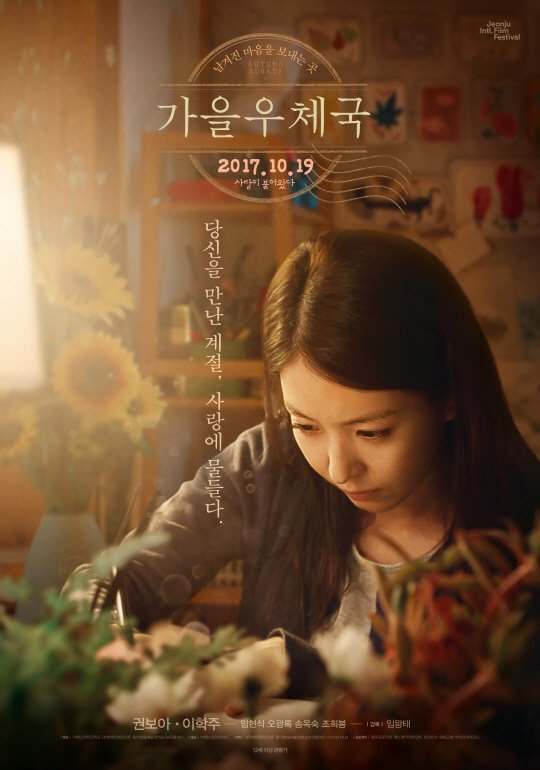 Shown at the 19th Jeonju International Film Festival this year, "Autumn Sonata" stars Hallyu starlet and actress BoA in a deep, contemplative role. Her character, Soo-ryeon, is preparing for the end of life, while Joon (Lee Hak-joo) is preparing to love her. This is a tragic start, but it does reach out to the hopeless romantic in me. Luckily, we now have a release date for it, October 19, which means we don't have to wait too long.

-Yours, Lisa, a sucker for a tragic love story