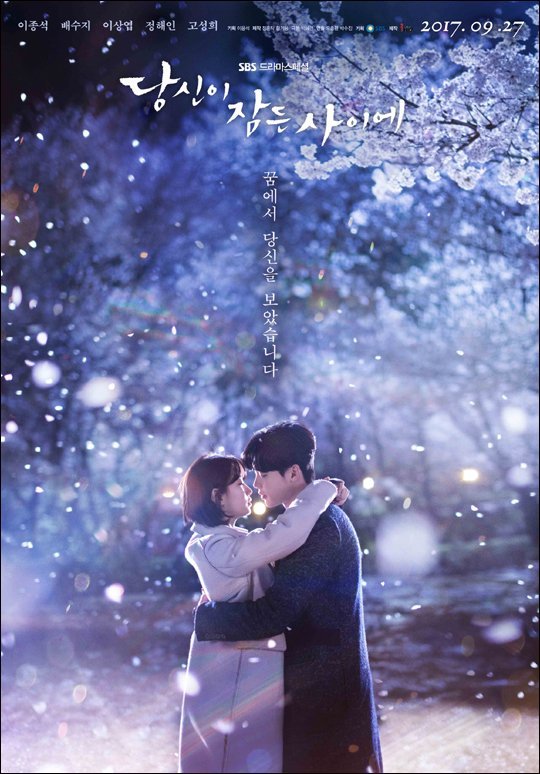 "I saw you in my dreams", reads the surreal official poster for "While You Were Sleeping - 2017". In it Lee Jong-suk and Suzy are a breath away from each other, depicting the intimate moment from the teasers. The caption on the poster is appropriate as Suzy's character sees misfortunes in her dreams that Lee Jong-suk's character subsequently tries to prevent. In any case, the romance is heavy with this one. Bring it on!

-Yours, Lisa, a romcom addict