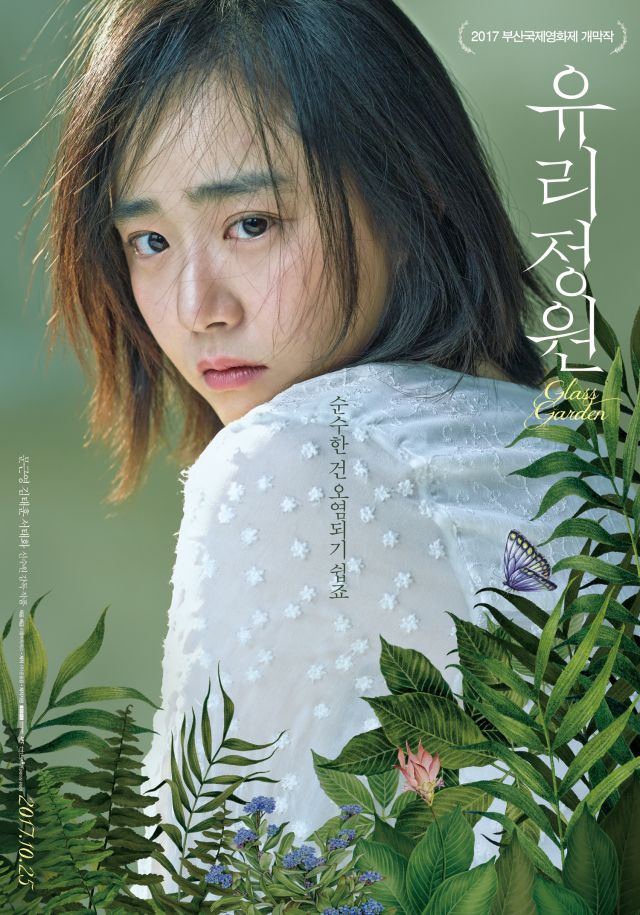 "Glass Garden" is sure looking gorgeous with the verdant promotional material, Moon Geun-young's haunting voice, and Kim Tae-hoon's steely intesity as his character searches for the truth. This latest poster is another take on what we've seen, but this time we can see the secrets written on Moon Geun-young's face in this close-up shot.