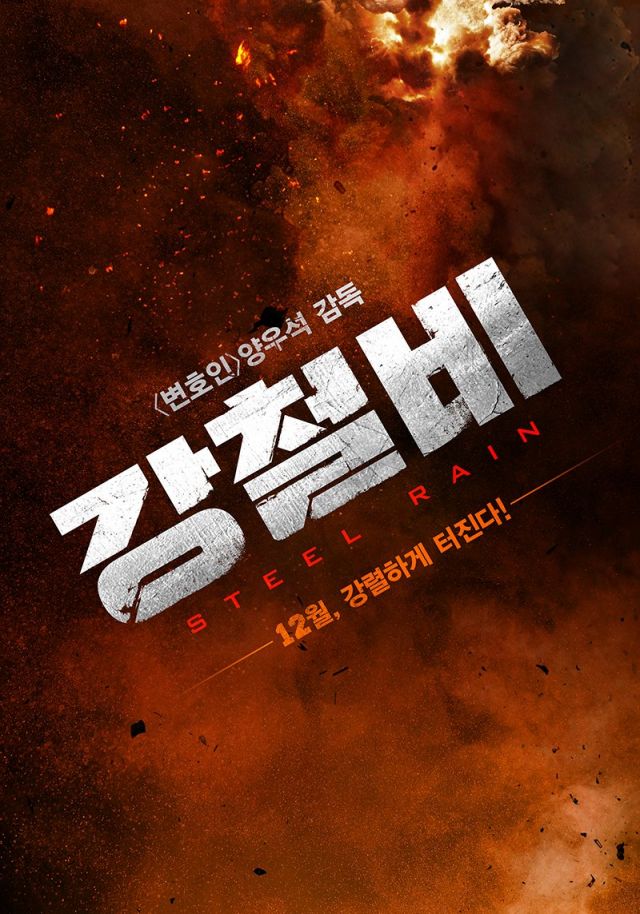 "Steel Rain" still has a few months before it hits the theater, but this web-toon turned film promises to keep quite exciting as the new fiery poster suggests.

Crank in : 2017/02/02
Crank up : 2017/06/08
Synopsis
A web-toon turned movie. A former North upcoming Korean Reconnaissance agent and the Chief of Foreign Affairs and Security conduct a secret mission to prevent the upcoming Korean War.