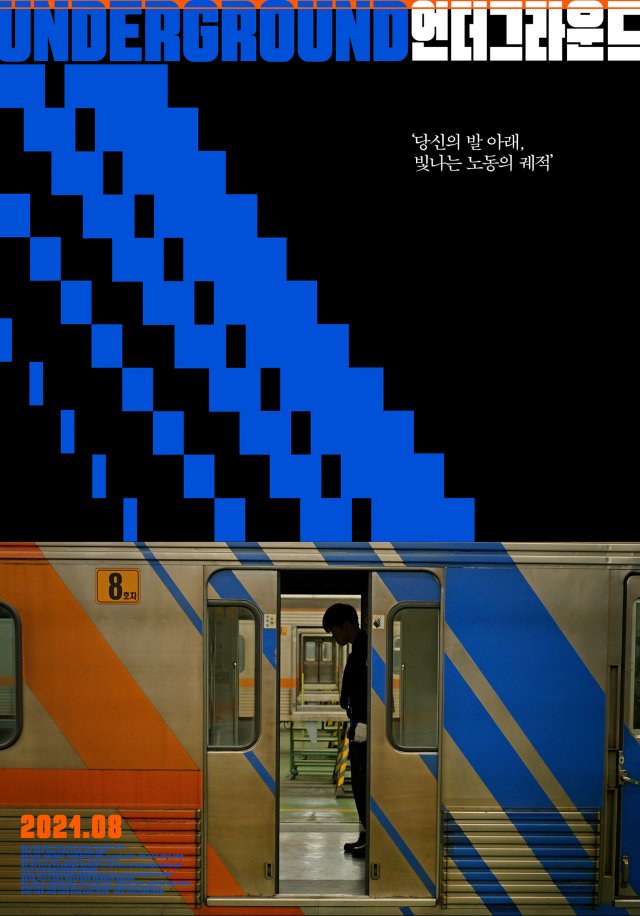 Synopsis
The subway begins and closes the day of the city of Busan, and there are laborers who work in inconspicuous places to make that happen. A conductor who leaves his night-duty room and start working at four in the morning; workers in the control room sitting in front of numerous monitors; workers who inspect the subway cars; cleaning ladies who sweep the stations; repairmen who clean, tighten, disassemble, and assemble the cars; and workers who repair and inspect the tracks.
Underground captures their labor with a gaze of respect but does not treat them equally on camera. The camera spends more time on certain laborers because there are hierarchy and discrimination in their labor. Mainly, more difficult and dangerous kind of labor is undertaken by non-regular workers-it is the issue of 'outsourcing death'. Director Kim Jeong-Keun, who captured the labor movement at Hanjin Heavy Industries in the documentaries "Get on the Bus" and "The Island of Shadows", turned his camera to the non-regular workers of Busan Metro. Speaking less and observing long, the film carefully and cautiously tells the audience that there is another "Underground" under the underground. (KANG Sowon)