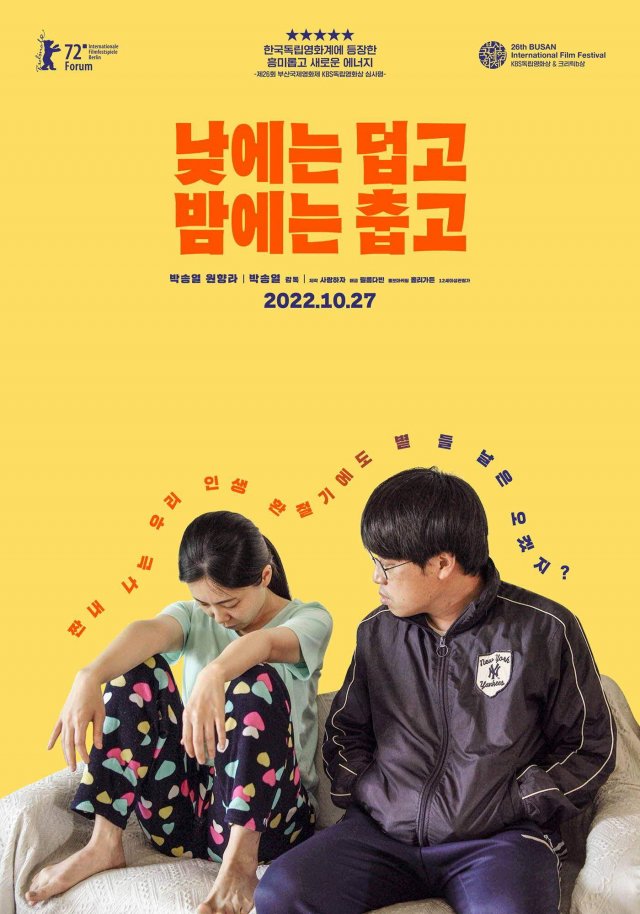 Synopsis
A young couple is having a hard time because of their poor circumstances. They are both desperately searching for work, but that is not easy, either. Meanwhile, the husband is about to lose the camera he has lent to his acquaintance, and the wife is cornered after borrowing private loans to take care of the household. Under the circumstances, something ugly will likely happen or come to a dead-end, but the film deals with this predicament with a completely unexpected attitude and wit. The couple's conversation, facial expressions, movements, and postures, as well as the illumination and density of the screen that captures them, simultaneously create bizarre humor and lonesome emotions, absorbing the audience. Hot in Day, Cold at Night is a rare moral comedy that comforts the daily lives of poverty with a strange touch of laughter. In the last scene, the husband's helpless giving up finally moves us. JUNG Hanseok