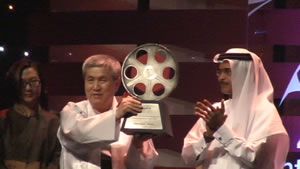 Im is one of the most renowned film directors in Korea, some of his works including "Seopyeonje" (1993) about Korean musical Pansori and "Chunhyang" (2000) an old love story.