[Photo] Shin Ha-kyun and Do Kyung-soo in main poster for "Room No.7" 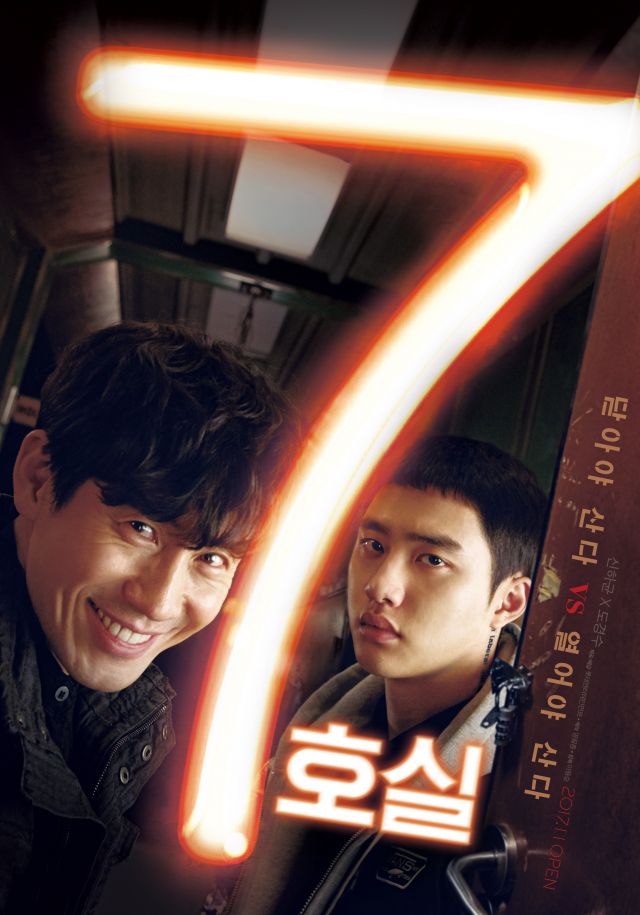 Although a mystery thriller, "Room No.7"'s first trailer made it very much seem that there is a touch of humor, which I don't really see in this poster. Shin Ha-kyun looks mightly pleased with himself, but that doesn't belie a reason. Do Kyung-soo looks distinctly unhappy, which could have something to do with a dead body his character is hiding. I'm really ready for another teaser so I can get a handle of the tone of the film.

-Yours, Lisa, who is a tad confused about the tone of the film