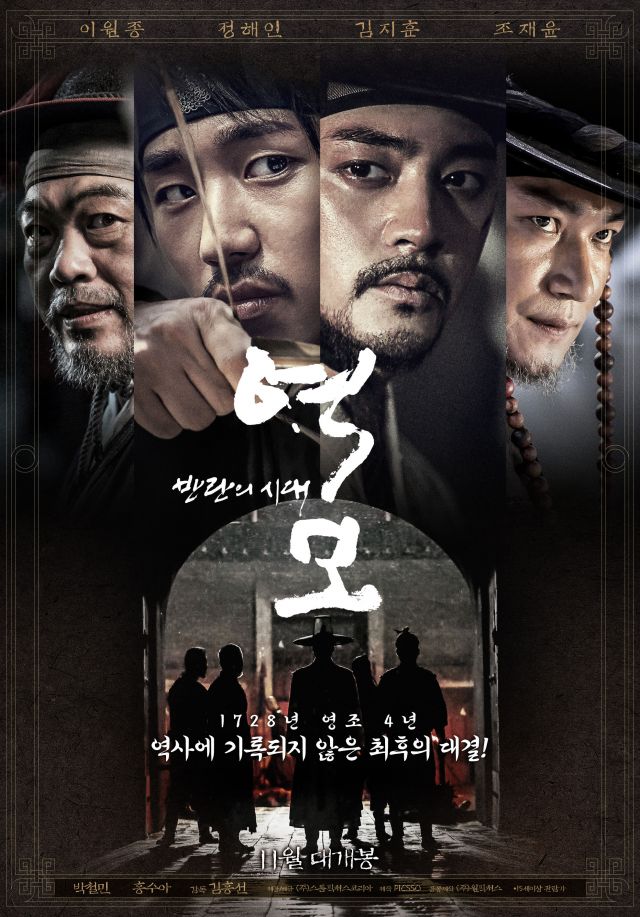 "The Age of Blood"'s new poster is pretty epic with stern, intense look from Jung Hae-in, Kim Ji-hoon-I, Jo Jae-yun, and Lee Won-jong. They sort of look like the four musketeers, which I'm sure had a little something to do with the tale. We don't have long to wait to see this in theaters November 23.

-Yours, Lisa, who loves to see a band of men working together