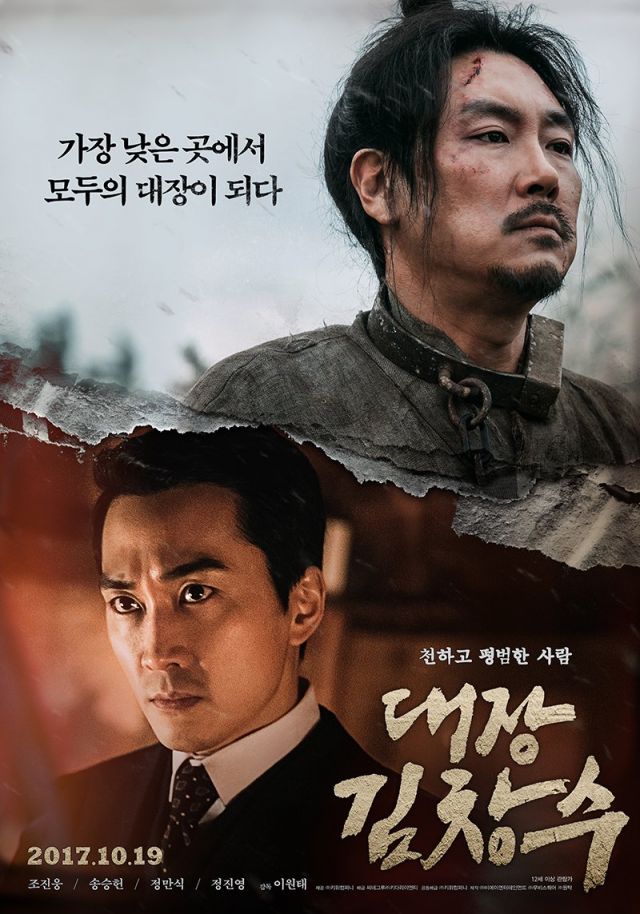 "Man of Will" is just a few weeks away from theaters and the cast has appeared on Movie Talk Live for fun and games, plus a little bit (or a lotta bit) about the movie. Plus, a snazzy new poster pitting Kim Chang-soo (Cho Jin-woong) against Kang Hyeong-sik (Song Seung-heon). Kim Chang-soo rises up when his people most need him.

-Yours Lisa, who is digging this new poster

Synopsis
Follow the journey of a young man named Kim Chang-soo who is locked up in prison for killing Queen Myeong Seong's assassin. Behind bars, Chang-soo is driven to protect the upcoming Korean people when he sees how poorly they are treated, subsequently becoming Commander Kim Chang-soo, a fighter for independence. 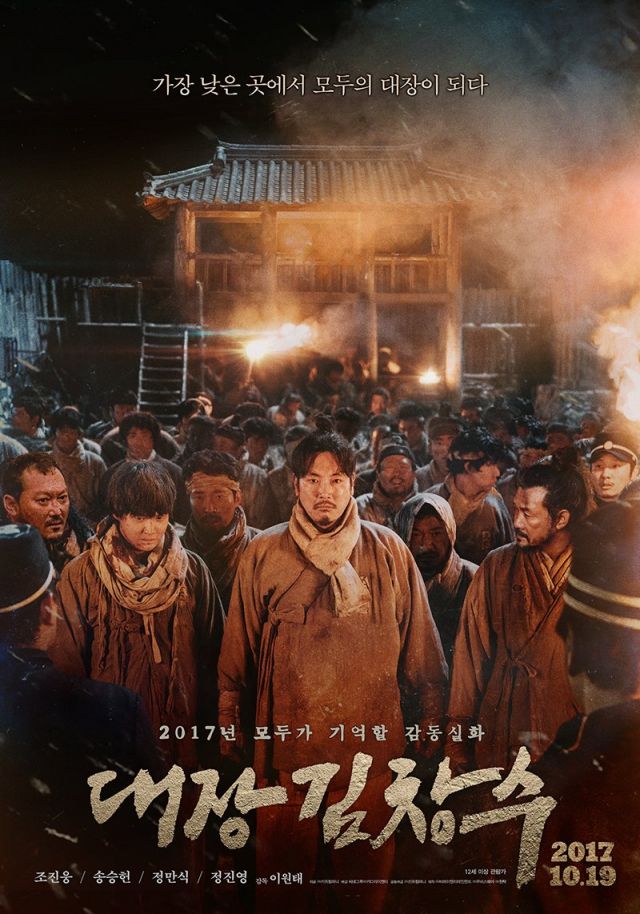