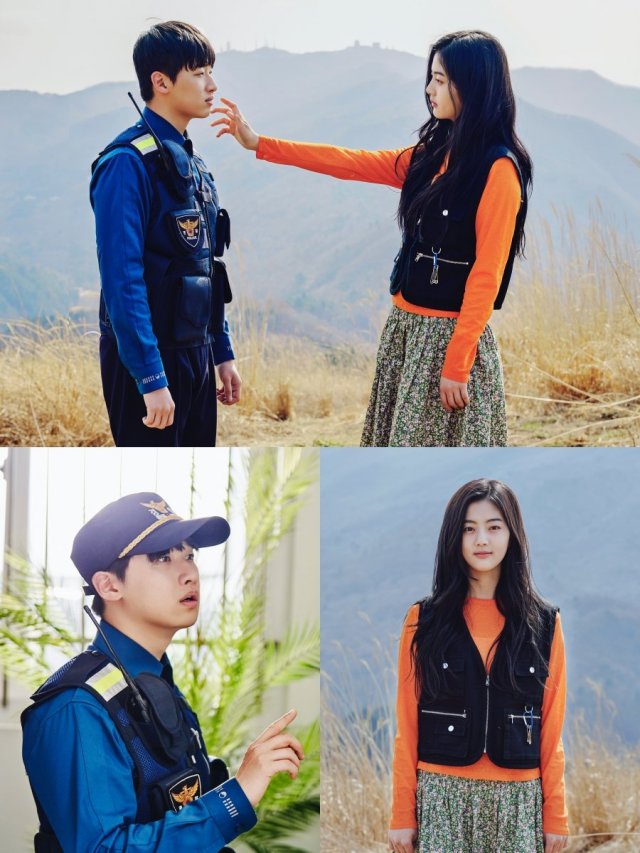 8 episodes - Fri 22:10
Synopsis
"SF8" is a Korean original SF anthology series about humans dreaming of a complete society through technological development against the backdrop of the near future.

Episode 01
"The Prayer" (간호중, gan-ho-jung)
Science Fiction Drama
Director: Min Gyoo-dong. Writers: Min Gyoo-dong, Kim Ji-hee-I
"The Prayer" is about robots that replace the care-giving world.
A patient in a vegetative state lying in a nursing home for 10 years, a very exhausted caregiver, and a robot nurse who looks after them both, agonizes over which person to save...

Episode 02
"Blink" (블링크, beul-lin-keu)
Science Fiction Investigation
Director: Han Ka-ram. Writer: Kang San-I
Ji-woo, a detective who lost his parents in a self-driving car accident trusts his senses and abilities rather than artificial intelligence. One day, Ji-woo gets a new recruit. However, artificial intelligence is implanted in the brain of that new detective, Seo-nang. Ji-woo will be needing the help of Seo-nang to solve a murder case, but... Can Ji-woo and Seo-nang be the make-believe combination who could catch the criminal?

Episode 03
"Joan's Galaxy" (우주인 조안, u-ju-in jo-an)
Science Fiction Coming-of-age
Director: Lee Yoon-jeong-II. Writers: Lee Yoon-jeong-II, Moon Joo-hee
A queer youth drama amidst the disaster of fine dust.
In a world enveloped in fine dust, Cs, who underwent expensive antibody injections at birth enjoy a life span of 100 years, while the Ns who do not receive the injections, live a completely different life with a life span that ends at 30. EO, a 26-year-old college student who thought he was a C discovered that a mistake happened in the hospital, and that he didn't receive the antibody injection. Not caring about the Ns before, he suddenly became curious about their lives, among those, the only N in his school, Jo-an.

Episode 04
"Manxin" (만신, man-sin)
Mystery Thriller
Director: Roh Deok. Writers: Roh Deok, Han Boon-wi
In a society where people blindly trusts and deify a highly accurate, AI fortune-telling service 'Manxin',
Seon-ho and Ga-ram who share their own slices of pain come to find the Manxin developer themselves, and end up witnessing Manxin's reality that is not what they expected...

Episode 05
"White Crow" (하얀 까마귀, ha-yan kka-ma-gwi)
Science Fiction Horror
Director: Jang Cheol-soo. Writer: Kang Sun-joo
BJ JUNO is trapped in a virtual world, will she be able to escape the game and survive?
JUNO is a star-studded 'broadcasting jockey' with 800,000 subscribers. An alumnus appeared one day, and JUNO is embroiled in a manipulation controversy in the past. JUNO who lost all her wealth, fame, and fans, seeks to recover her honor and return to broadcasting through a new trauma game. However, she couldn't overcome the trauma in the game, and she is trapped in a virtual world, and soon enough, her life will be threatened...

Episode 06
"Love Virtually" (증강콩깍지, jeung-kang-kkong-ggak-ji)
Science Fiction Romantic Comedy
Director: Oh Ki-hwan. Writer: Oh Ki-hwan
It's the near future. More than half of the Korean population is using a virtual dating app called 'Augmented Bean Pod'. The number of virtual couples is overwhelmingly increasing versus real world couples. This is due to the app that uses 'Jeungkong' ID to allow the users to make love with the partner that they desire and with their ideal face. Among them is a couple who created an ID with their unique faces before going under the knife and makes love in 'Jeungkong'. They are 'Leonardo' and 'Giselle'. The couple started one day when Gisele says hello to Leonardo who had not been seen by anyone for a year because of his unique profile. They are attracted with each other's unique looks and spent a good time together. It's been 100 days!! They finally confess and plan to make love but... Suddenly the system goes down. The system recovery isn't quick... What will happen to their future with no information other than their IDs?

Episode 07
"Baby It's Over Outside" (일주일 만에 사랑할 순 없다, il-hu-il man-e sa-rang-hal sun eobs-da)
Drama
Director: Ahn Gook-jin. Writer: Han Boon-wi
Only a week left until the end of the world. Because of the news about the end, people of different tastes start coming out. Even the one's with superpowers!! Hye-hwa tries to stop the apocalypse by gathering these people with superpowers. Kim Nam-woo, who is single since birth might end up lonely even at the end of the world. Can they stop the apocalypse and fall in love?

Baby It's Over Outside Trailer 2