[Photos] Added new poster for the Korean movie 'The Hypocrites' 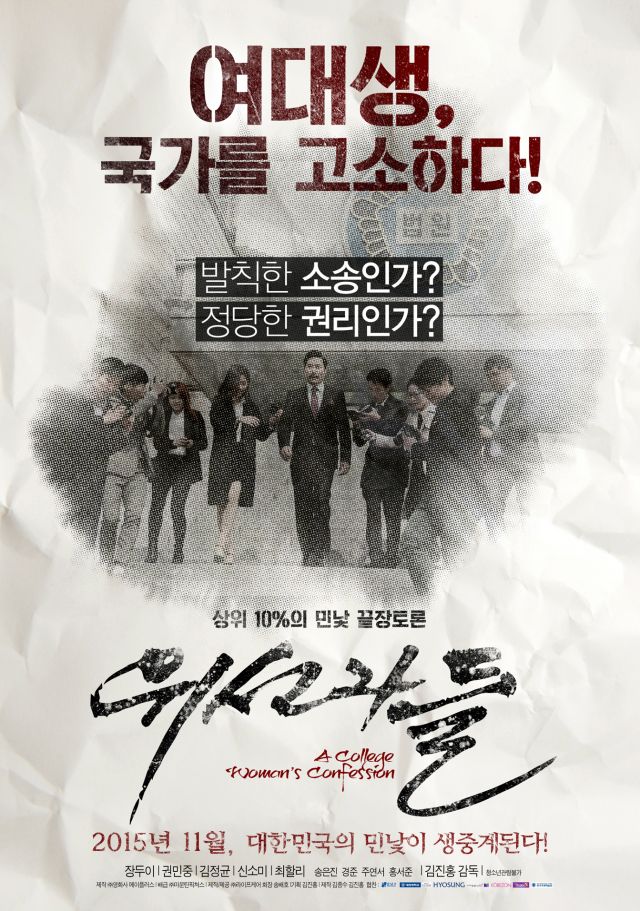 Added new poster for the upcoming Korean movie "The Hypocrites" (2015)

So-yeon is a college student who sues the government for not being able to protect the socially weak from sexual favors. She goes on national television to talk about this case. Hae-yeong is a broadcasting anchor who hosts the show and the panel starts to battle about the matter of sexual favors. Uncensored words go back and forth as the debate goes on and the initial topic of sexual favors turns into a talk about the basic laws that the government must live by and its problems as well as the duplicity of the higher social class. The debate turns into harsh words and pointing fingers while the director of the broadcasting station instigates them to do better for improved viewing percentage . So-yeon is alone in the hall after everyone's left and she opens her mouth

"There's no seduction I can't refuse..."