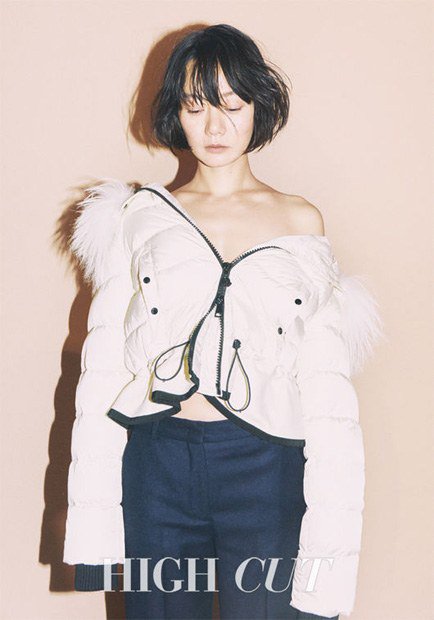 In some pictures, Bae Doona is wearing a white padded jacket with fur and matching navy pants. She's revealing her shoulders through the padded jacket.

In other pictures, she's wearing a shiny goose down padded jacket with shorts and fur boots. Her hair is messy and her slim appearance makes her stand out.

Bae Doona won the Most Popular Actress at the 37th Blue Dragon Awards on the 25th. She made a speech saying, "I was so surprised to hear my name being called. I felt embarrassed later on at home for having been a blur the whole time".

"I never thought for a second that I'd win this award because I thought it was for popular and young people. "Tunnel" has been a successful movie and it's brought me the Most Popular Awards so it's going to be a memorable movie to me".

Bae Doona's collection can be seen in the December issue of High Cut. 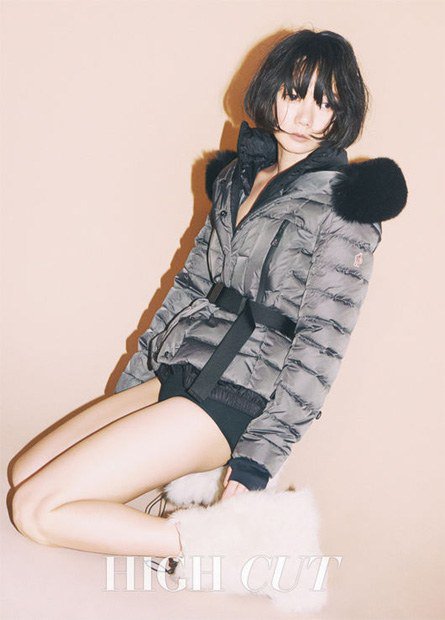 "[Photos] Bae Doona's winter collection, sexy padded jacket"
by HanCinema is licensed under a Creative Commons Attribution-Share Alike 3.0 Unported License.
Based on a work from this source