[Photos] "Detective K: Secret of the Lost Island" Lee Yeon-hee in thick make-up as a geisha

Stills of Lee Yeon-hee from "Detective K: Secret of the Lost Island" were released.

Lee Yeon-hee is a icon of prettiness and now she's back like a chameleon. Hisako (Lee Yeon-hee) is a mysterious woman who interferes with Kim Min's (Kim Myung-min) case. It's unsure whether she's an alley or an enemy.

Lee Yeon-hee is wearing different kimonos in the pictures. Her make-up is thick and her kimonos are strong in color which makes her look sexy. The one with her hair down makes her look so innocent.

Lee Yeon-hee worked hard to make her character come alive. She learned the dance and personally got the kimonos from a professional in Japan. She needed a stand-in every now and then but the director was very happy with her performance.

Kwon Yoo-jin the costume director said, "She's so pretty on her own that we didn't need to use accessories".

Meanwhile, "Detective K: Secret of the Lost Island" is about Detective Kim Min and his partner Seo Pil (Oh Dal-soo) dealing with two different cases at once. The first movie was released in 2011 and gathered a total of 4.7 million audiences. The sequel will be released this Lunar New Year. 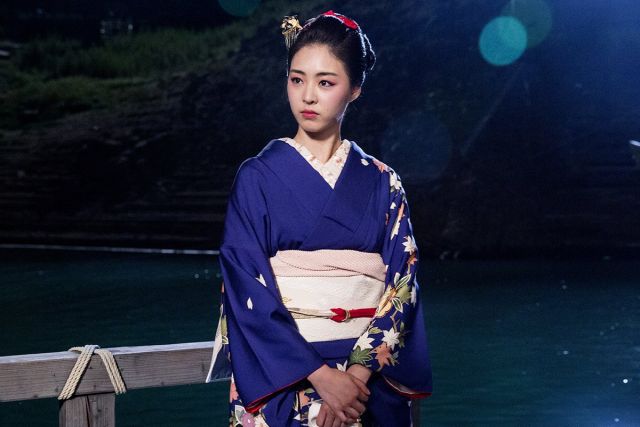 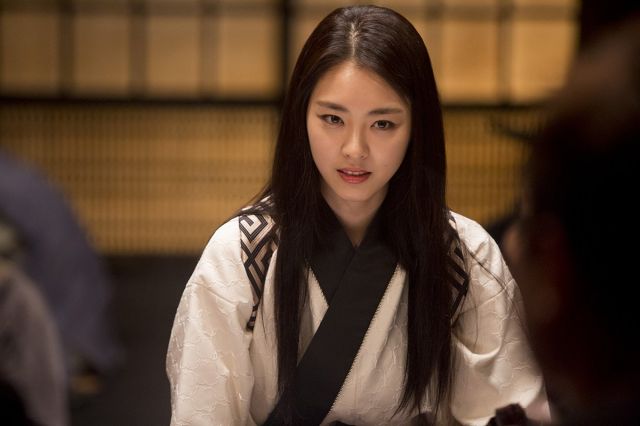 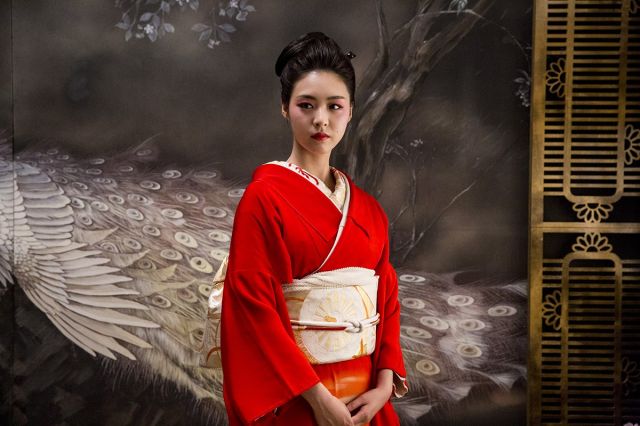 "[Photos] "Detective K: Secret of the Lost Island" Lee Yeon-hee in thick make-up as a geisha"
by HanCinema is licensed under a Creative Commons Attribution-Share Alike 3.0 Unported License.
Based on a work from this source