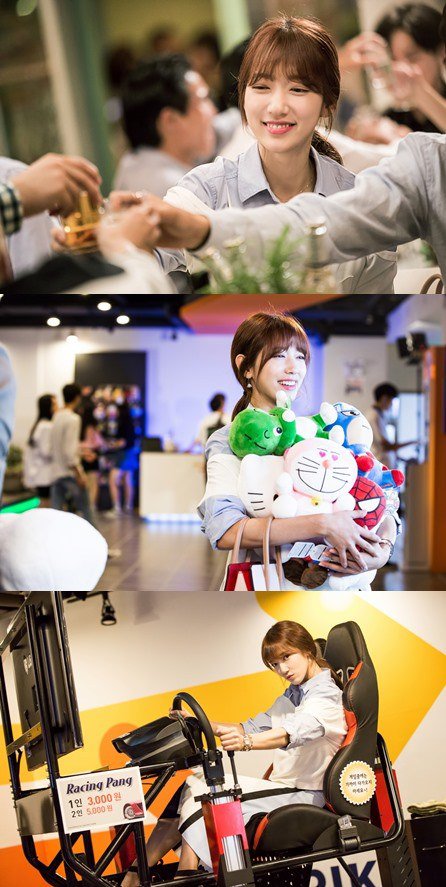 Park Shin-hye is smiling big and she looks like she's having a good time. She's posing with a V on her fingers and her expression is playful.

She stars in the drama "Doctors" as Yoo Hye-jeong and through this character, she's reached the peak of her 20s.

According to the staff on site, Park Shin-hye and Kim Rae-won and all the other members of the team are full of energy, all the time. Although Park Shin-hye has the most screen time in the drama, she's always the one encouraging others to work harder. "Doctors" can be seen every Monday and Tuesday at 10PM. 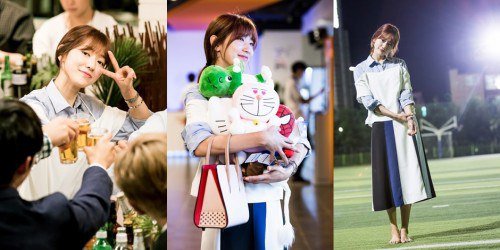 "[Photos] "Doctors" Park Shin-hye behind-the-scenes"
by HanCinema is licensed under a Creative Commons Attribution-Share Alike 3.0 Unported License.
Based on a work from this source