[Photos] How actresses cope with exposure when getting off vehicles 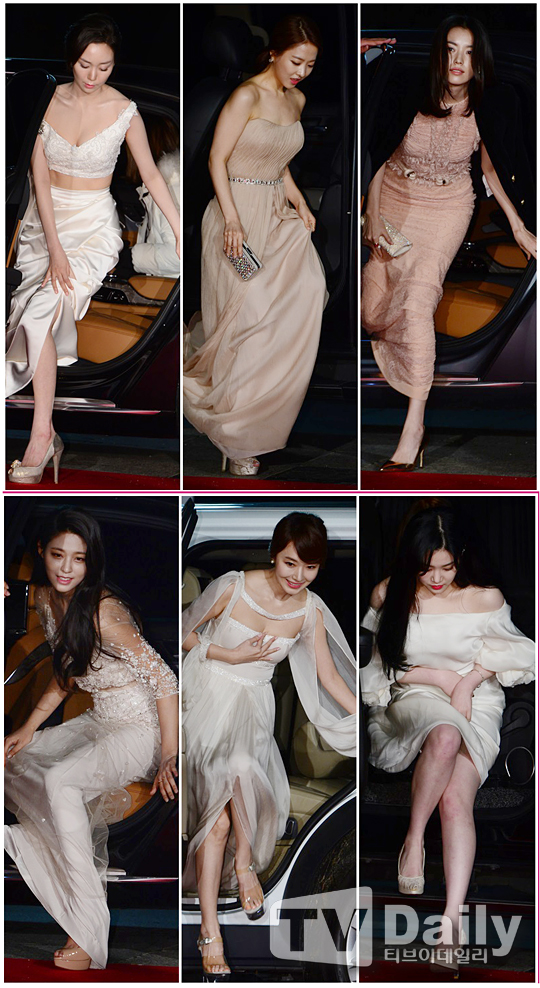 Actresses Lee Yoo-young, Park Bo-young, Han Hyo-joo, Seolhyun, Lee Jung-hyun and Lee Yoo-bi are getting off their vehicles after they arrived at the venue.

"The Classified File", "Ode to My Father", "Veteran", "The Throne", "The Assassination" have been nominated for Best Film of the 36th Blue Dragon Awards. The nominated pictures competed intensely in terms of the number of viewers and its artistic quality.

For Best Leading Actor Award, "The Throne" Song Gang-ho and Yoo Ah-in are in the match again over the trophy, while the two actors had the father-son fight in the movie. Hwang Jung-min has been nominated for his roles in "Veteran" and "Ode to My Father", which drew ten million audience for each movie. Lee Jung-jae for his role in "The Assassination" and Jung Jae-young for his role director Hong Sang-soo's "Right Now, Wrong Then" have been nominated for Best Leading Actor Award as well.

"[Photos] How actresses cope with exposure when getting off vehicles"
by HanCinema is licensed under a Creative Commons Attribution-Share Alike 3.0 Unported License.
Based on a work from this source