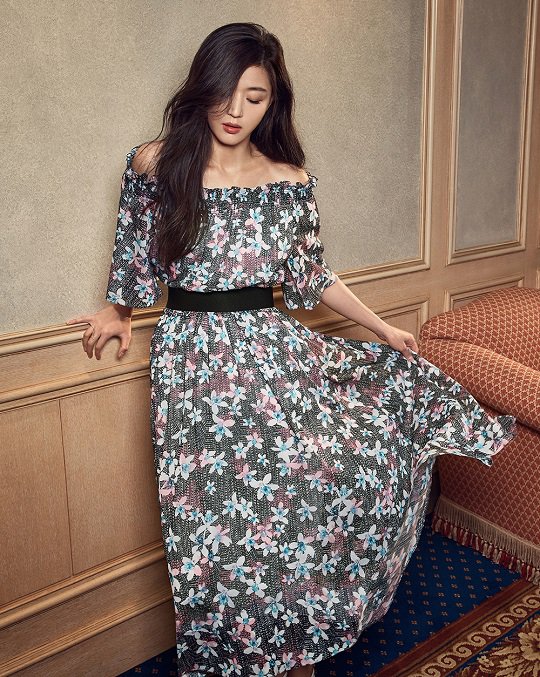 Jun Ji-hyun is pregnant with her second child but it's hard to tell from the pictures of the July issue of ELLE.

The actress is due in January and she modeled for a clothing brand called MICHAA.

Jun Ji-hyun won Best Actress, Teenagers' Award and Best Couple even when she had her first child and many more trophies that year. She recently starred in the SBS drama "The Legend of the Blue Sea". 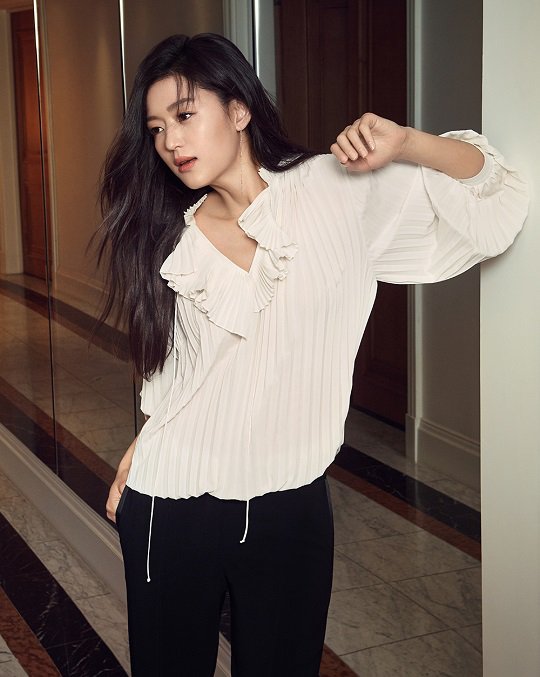 "[Photos] Jun Ji-hyun pregnant, pictures still ravishing "
by HanCinema is licensed under a Creative Commons Attribution-Share Alike 3.0 Unported License.
Based on a work from this source