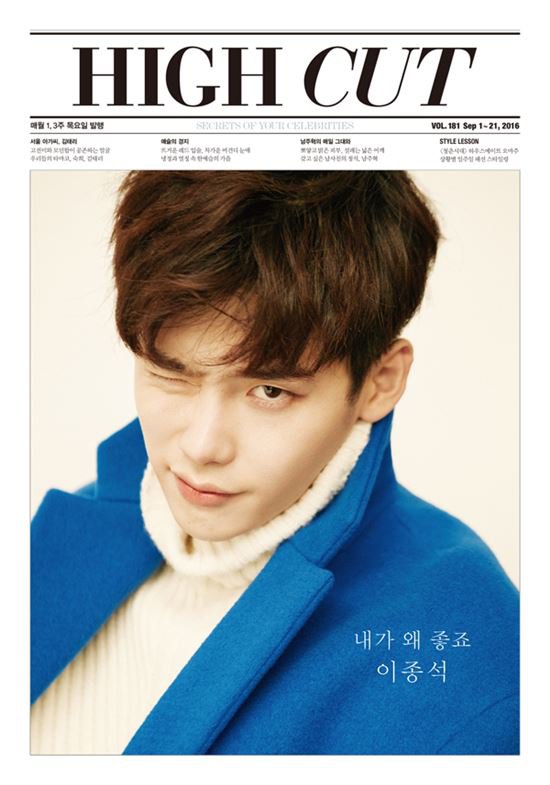 Lee Jong-suk was featured in the September issue of High Cut. He styled a white turtleneck pullover, oversized coats, jumpers and other trendy fashion items.

In the interview after, he talked about making the drama "W". He talked about the handcuff scene and said he wondered how to approach her since she was wearing handcuffs.

Kang Cheol's (Lee Jong-suk) talks uniquely and very fast. Lee Jong-suk said, "I usually change the sentences and dialect around to my convenience but this time I didn't. This is the most I've had to memorize lines so I always have the script around me".

The pictures of Lee Jong-suk can be seen in the 181st issue of High Cut. 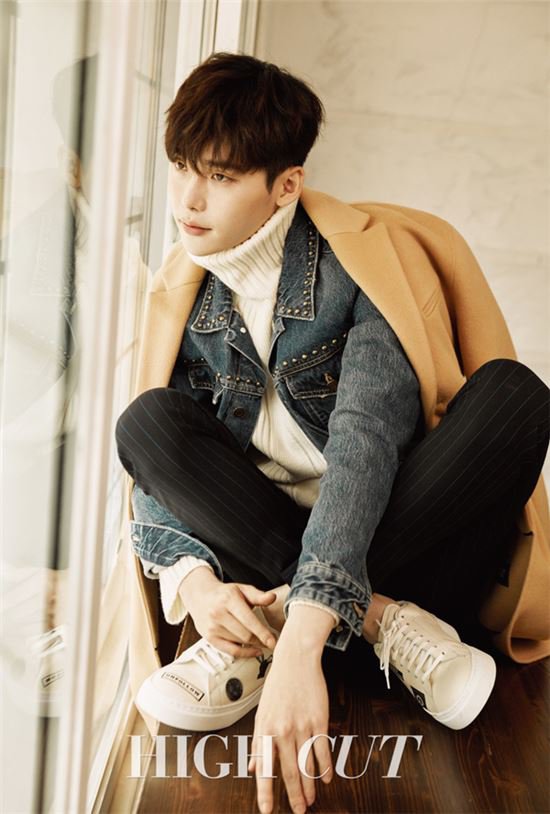 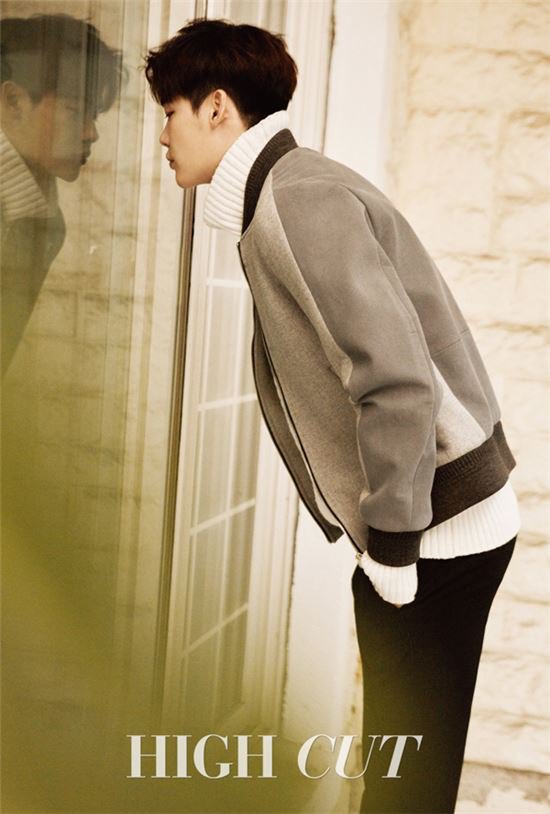 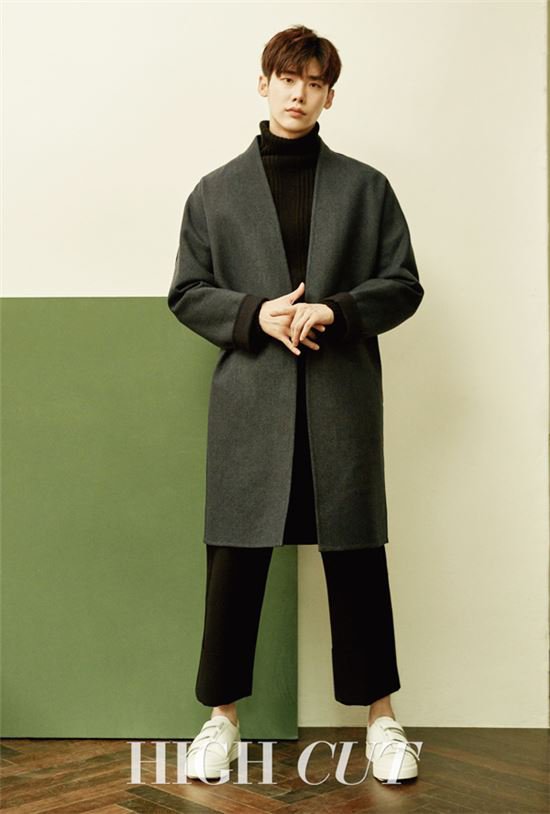 "[Photos] Lee Jong-suk, "The kiss scene with Han Hyo-joo needed a lot of preparation""
by HanCinema is licensed under a Creative Commons Attribution-Share Alike 3.0 Unported License.
Based on a work from this source