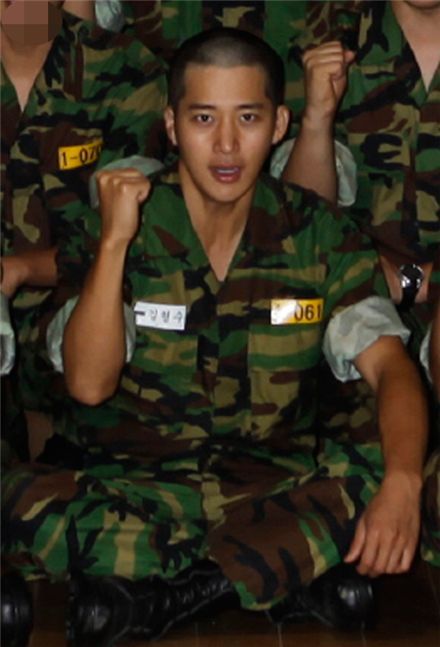 Photographs of actors Lee Wan and Kim Nam-gil, who entered a training camp last week as part of fulfilling their mandatory military duties, have been released.

The Nonsan military camp in South Chungcheong Province on Monday posted pictures of the actors on its official website (http://www.army.mil.kr) in the section titled 'Search for Faces We Miss'.

In the group photos, both actors are seen posing with fellow trainee soldiers in their military uniform with their right hand clenched into a fist.

Lee Wan, whose real name is Kim Hyung-soo, made his debut in the hit TV series "Stairway to Heaven" (SBS, 2003), which starred Hallyu stars kwon Sang-woo, Choi Ji-woo and his sister Kim Tae-hee.

The 26-year-old actor had been looking for a new acting project when he was notified by the government to enlist. Lee entered the army on July 12 and will receive five weeks of training at Nonsan.

The actor was in the middle of shooting the SBS TV series "Bad Man" when he received a notification to report to military by July 15. He tried to defer his military entrance date in order to wrap up the shoot for the series, but was unable to do so as he had already asked for deferment back in March.

Kim shot all his scenes for "Bad Man" by July 13 and entered the military two days later. He will receive four weeks of basic training at Nonsan and then work as a public service worker for the next two years. 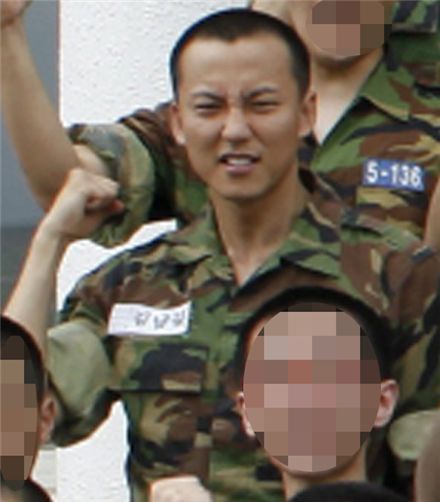