[Photos] Park Shin-hye steals hearts with her loveliness in Taiwan 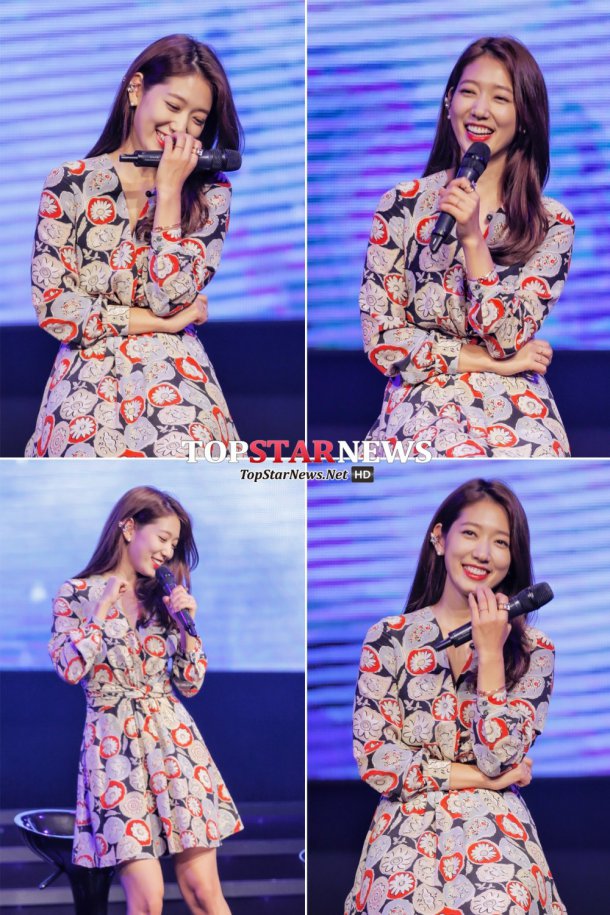 Hallyu Goddess Park Shin-hye melted hearts with her loveliness in Taiwan. She spent two hours with her Taiwanese fans laughing, hugging and singing at her exclusive fan meeting. Park Shin-hye in the pictures is smiling ever so brightly at her fans. She's currently on tour as '2015 Dream of Angel' for the third year and this was her second visit to Taiwan. The fan meeting was held on the 16th of August where she sang a total of about 6 songs and related with the fans.

They looked back together at the classic scenes of "Pinocchio" which is successfully being broadcasted in Taiwan at the moment. She copied the hiccups and cute dances for her fan and even invited them to play the part of In-ha. In the corner 'Wish Tree' where she made wishes of fans come true, Park Shin-hye did a surprise dance and thrilled everyone and brought out a cake she decorated herself. A footage prepared by her fans was a touching moment. The footage was about fans from all across the world coming together under the name of Park Shin-hye. The audience then held up a big sign saying, "We are always behind you" in pink. Park Shin-hye made a speech, "I always think you are alongside me and not behind me, so I can deal with any trouble I might face along the way".

Meanwhile, prior to the fan meeting, Park Shin-hye had interviews with several Taiwanese and Chinese media. The Taiwanese media spread news about Park Shin-hye's every move in live time from the time she arrived in the country too. Park Shin-hye's SNS followers have become more than 9 million and this is a first for a Korean actress. After her fan meeting in Taiwan, Park is leaving for Simcheon on the 29th and Seongdo on the 12th of September. 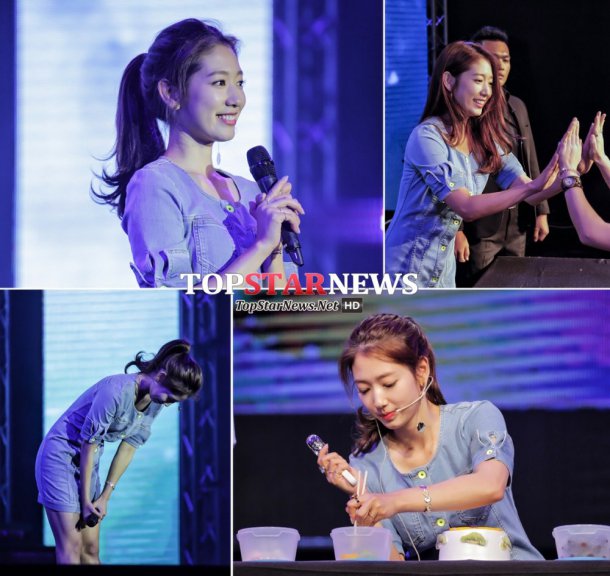 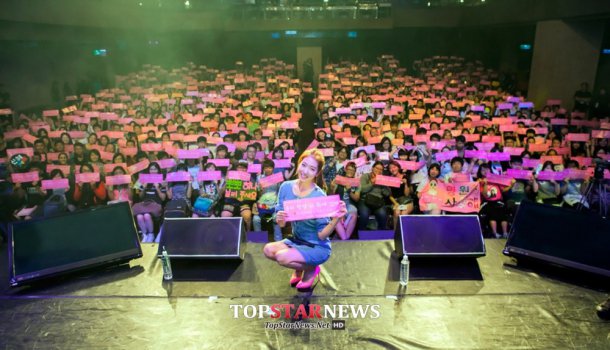 "[Photos] Park Shin-hye steals hearts with her loveliness in Taiwan"
by HanCinema is licensed under a Creative Commons Attribution-Share Alike 3.0 Unported License.
Based on a work from this source