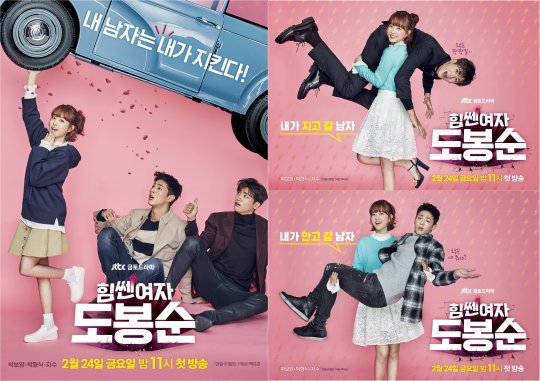 Posters of the new JTBC drama "Strong Woman Do Bong-soon" have been released.

"Strong Woman Do Bong-soon" is the story of a strong woman named Do Bong-soon (Park Bo-young), a crazy guy named Ahn Min-hyeok and man of justice In Gook-du (Ji Soo).

Park Bo-young takes on the role of Do Bong-soon, a woman of mighty power who can lift a car whenever she pleases. She is wearing a hooded skirt and skirt which gives her a cheerful and bright image. The two boys are squatted down on the ground, looking at her like they can't believe what they are looking at.

The poster is already enticing anticipation from fans. The posters show that the chemistry between them will be phenomenal and curiosity about the three characters increases.

"Strong Woman Do Bong-soon" will be released on the 24th of February at 11PM. 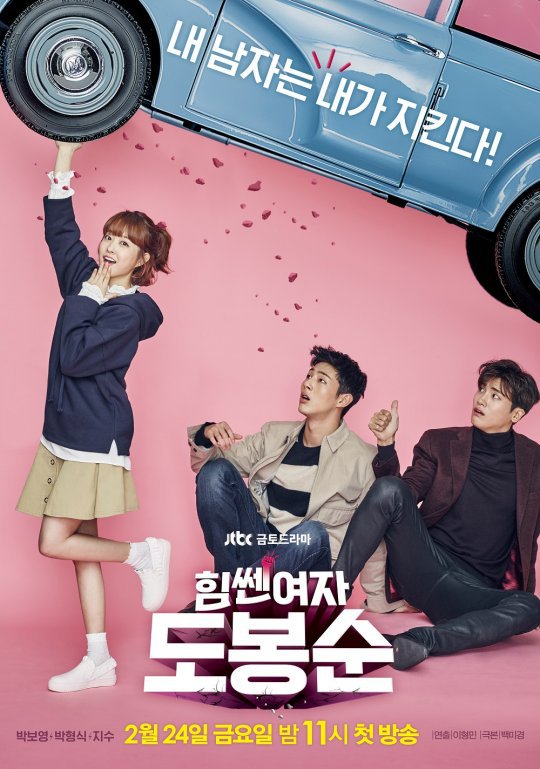 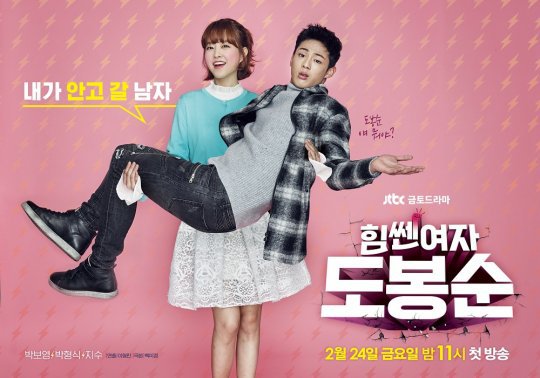 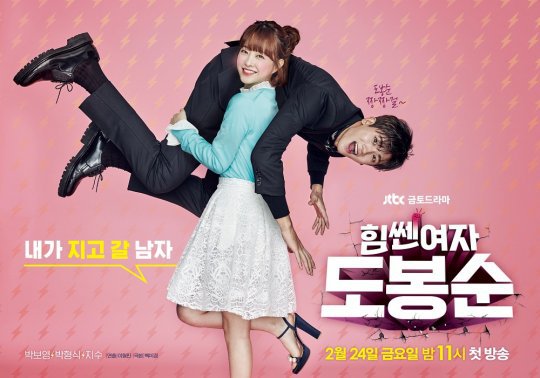 "[Photos] "Strong Woman Do Bong-soon" Park Bo-young, Park Hyung-sik, Ji Soo's chemistry "
by HanCinema is licensed under a Creative Commons Attribution-Share Alike 3.0 Unported License.
Based on a work from this source