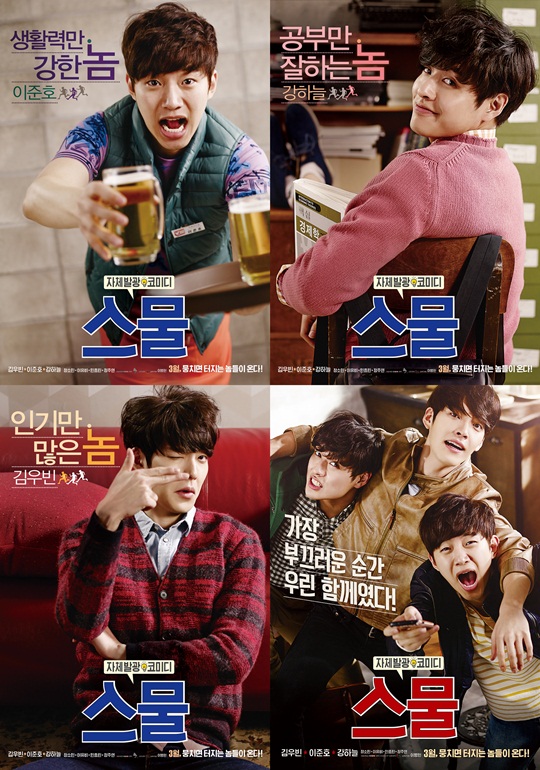 2PM member Lee Junho, who successfully debuted on the screen through "Cold Eyes", plays Dong-woo. Dong-woo in the movie is a student who prepares for college entrance exam for the second time after the first try. However he works hard various part time jobs to pursue his dream as a famous cartoon artist. He successfully portrays the comical character in the poster, who touches motherly heart of girls.

Kim Woo-bin, who won female fans' heart through the drama, "The Heirs" and movies 'Friends 2' and "The Con Artists", plays jobless Chi-ho, who has magical eyes that can earn girls' heart in a second, however is not good at anything in reality. Kim Woo-bin will show off his unexpected side through the messed up character. On the poster, he has one eye closed as if he was posing to seduce a girl.

Kang Ha-neul, who has been sweeping small screens, silver screens, and stages, plays Kyeong-jae, who is strict with his self-management to get into a big corporate company. He is a freshman who turns into a completely different person when drunken unexpectedly for his neat appearance. While he is holding an economics text book in the poster, he is showing inexplicable smile, which raises curiosity on his character in the movie. 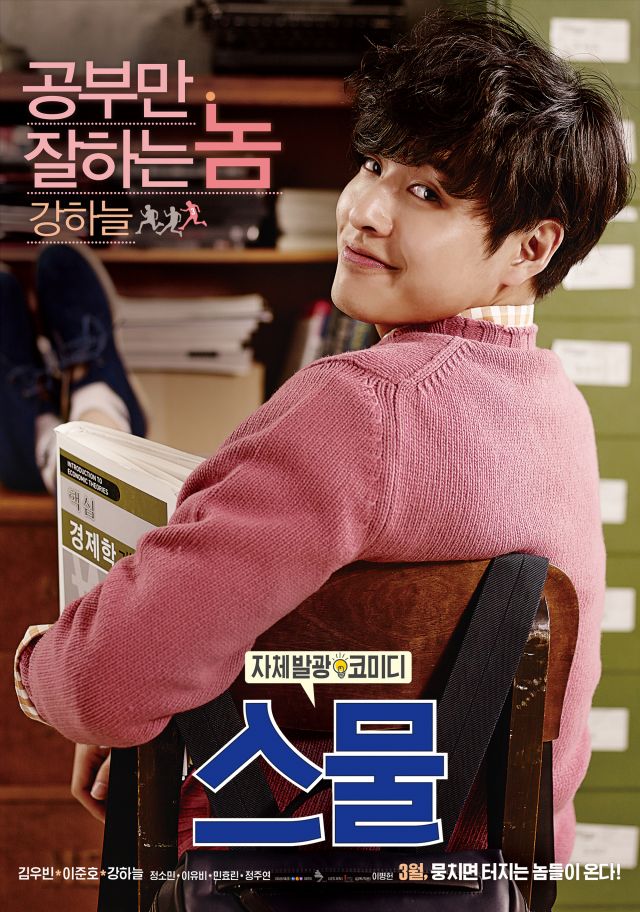 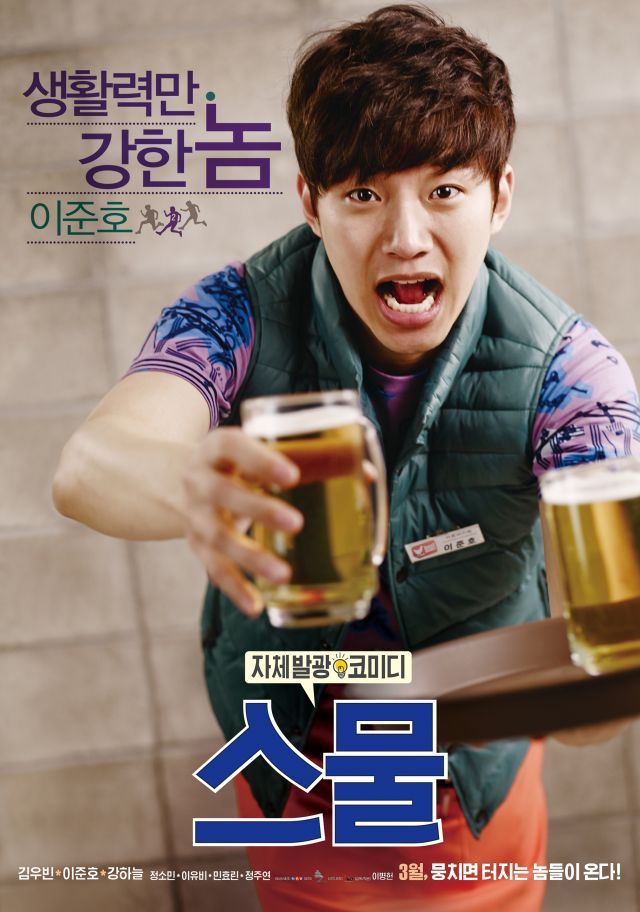 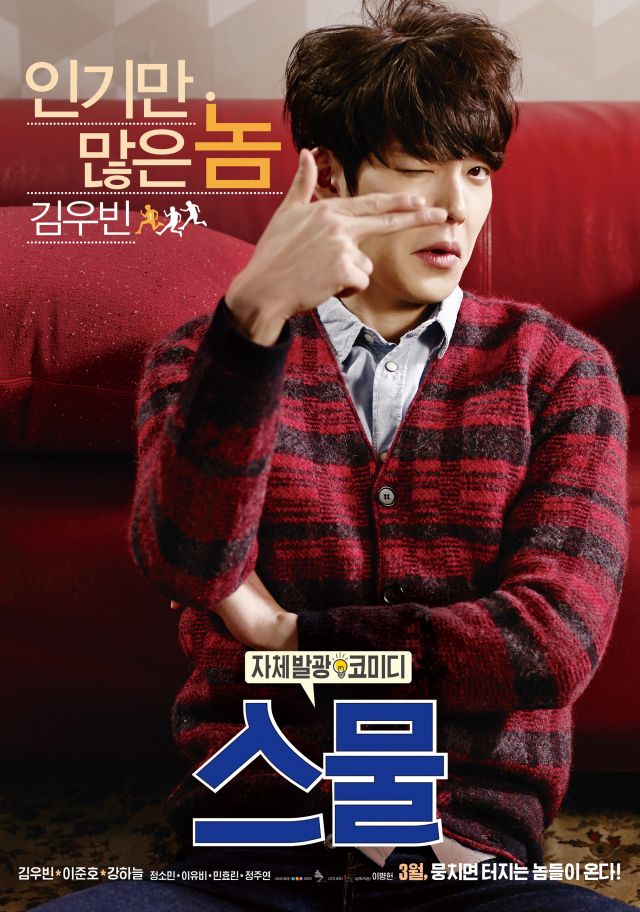 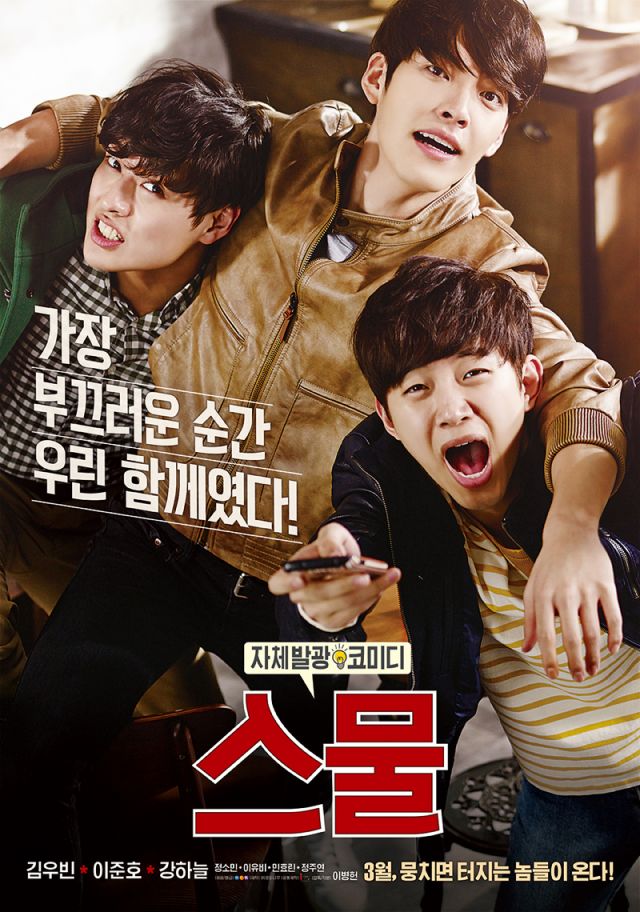 "[Photos] 'Twenty' Distinctive character posters of Kim Woo-bin, Lee Junho and Kang Ha-neul released"
by HanCinema is licensed under a Creative Commons Attribution-Share Alike 3.0 Unported License.
Based on a work from this source