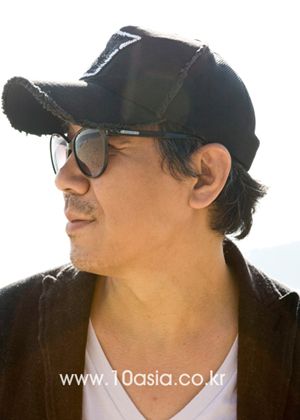 10: Then what were Soo-hyun's tears in the end about? Pity for himself for having become the devil?
Kim Jee-woon: Probably several things. The pleasure over having completed his revenge as well as a sense of shame and self-destructedness from thoughts like 'Why did I become this? Why did such a life have to come upon me?' The tears could have come from pity or the emptiness that comes from the end of a tough revenge.

10: Opposite from the dejected feeling that such revenge gave, your unique sense of humor in particular stood out in “I Saw the Devil.” To the extent that it seems foreign. For example, when Gyeong-cheol runs into soldiers or only the handle of the door gets pulled out when Tae-joo tries to pull out the awl that's stuck in his hand. Your sense of humor is displayed in the movie to the extent that one could call you stubborn. (laugh)
Kim Jee-woon: Those are things that came to me like sparks, at the spur of the moment, so even I myself don't know if they go with the movie or not. (laugh) I just included them because I felt very strong shooting sensations about them. But isn't that sort of what our own lives are like? Because even at the most serious moments, there are bound to be times which seem odd and funny. And life may seem like a tragedy if you look at it up close but doesn't it turn out to be a comedy when you take a step back and look at it?

10: And along with that humor, a sense of loneliness, a vibe that is unique of your films, was still felt in this movie as well. The movie could have been bloody if it was rampant with flesh and blood but there was a strangely forlorn vibe about the movie from the very beginning.
Kim Jee-woon: Don't all my movies seem forlorn? It was like that with comedy “The Foul King” while “A Tale of Two Sisters” and “A Bittersweet Life” were all just plain forlorn. Even “The Good, the Bad, the Weird” ended in a forlorn way. (laugh) I feel that the forlorn vibe may sort of be my seal. I live life in a very forlorn way. (laugh) I think of life as a forlorn thing so I don't try to avoid it on purpose. I think we're all forlorn anyway.

10: You said early this year, while filming “I Saw the Devil,” that “No matter what, I felt invigorated when I'm making movies but it's not fun these days.” Did you feel that way the whole way?
Kim Jee-woon: It was like that with “I Saw the Devil.” And there were several reasons for it but a lot of it had to do with what the movie is about or its vibe. I pushed myself to the extreme because it's about a man who is becoming crazy over revenge, a man who is already crazy and about people who are endlessly victimized. And it was even more difficult because revenges have to be told in a very dynamic way. It was also a genre that I had least desired to make and I was tired from having worked without any breaks. We were working on a tight schedule and I was tired so I felt a lot of pressure psychologically. And then it got restricted screening rating twice even after we were done making the film. I also felt pressure to make something that is exactly what I was asked to make, as if I was a tailor handed measurements, because I hadn't written the movie. I was under the thought of having to produce something that is precise rather than focus on cinematic play. I think it was a movie that I wasn't able to have fun with. 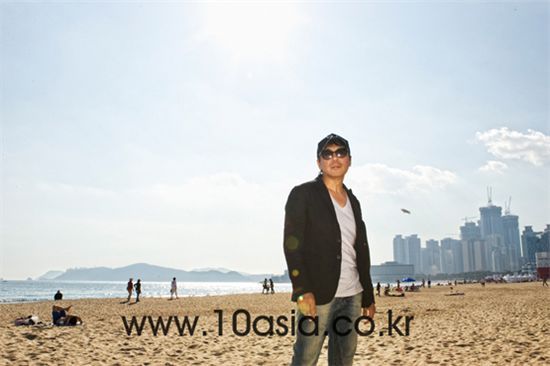 10: Then how do you feel at this point where such issues have been resolved?
Kim Jee-woon: I now want to make a movie quickly. I've come to want to make a martial arts film after watching “Reign of Assassins” recently. Should I really make one? (laugh) I think it would be fun making “The Good, the Bad, the Weird 2” as a martial arts pic. “”Reign of Assassins” gave off the vibe of the story of villains from Western films or wicked men from old Kungfu films which I think would be fun making. So I've come to have a desire to make such films.

10: I don't think there would have been frequent but have there been moments in your life when you wanted to take revenge?
Kim Jee-woon: When I got that rating this time? (laugh) But not once did I strongly appeal or resist in any way regarding that issue. The film's premiere date was just moments away so I was going crazy and seconds from bursting but I contained myself. It was tough having to delete things while taking both the producer and investors' position into account. Having to censor my own movie was definitely a hard thing to do. While I'm thinking 'Is this okay? Should I cut out more of this?' I could feel that some people around me wanted more to be cut. So such things were very hard to bear. My face flushed and I raised my voice for the first time while making a movie. But it's all in the past now. Like I said earlier, it may seem like a tragedy up close but is probably a comedy from far away. (laugh)

10: You said you want to make a cheerful movie next, to refresh yourself as well. Is there anything that has popped into your mind or something that you've become drawn to? I heard you've sent your scenario for “Max and the Junkmen” to the United States.
Kim Jee-woon: “Max and the Junkmen” has almost been given a green light but filming is being delayed over issues of casting so another film will go into shoot first. It hasn't been completely set as of yet but for now, “Last Stand” is set to go into shoot starting April next year. It's an action film which is quite cheerful and is not dark in terms of its concept. Hmm… I think you could think of it as a “Die Hard” sort of film. (laugh)

"[PIFF] Interview - Director Kim Jee-woon (Part 2)"
by HanCinema is licensed under a Creative Commons Attribution-Share Alike 3.0 Unported License.
Based on a work from this source