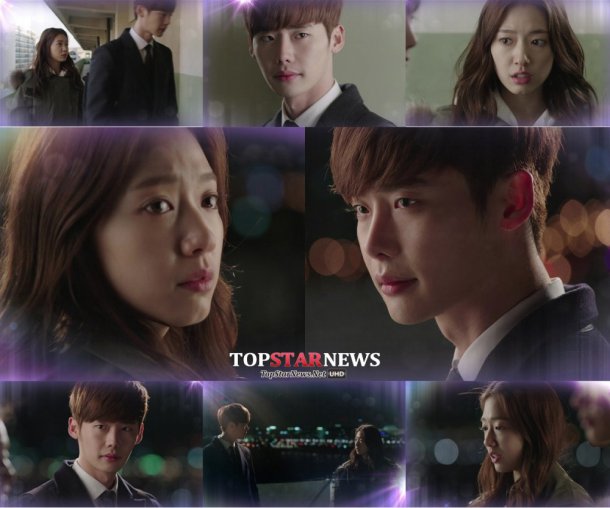 Will Lee Jong-suk confess his love to Park Shin-hye?

Affectionate scenes of the two have been revealed and viewers can't wait to see it.

The preview of the fifth episode of the SBS drama "Pinocchio" shows Choi Dal-po (Lee Jong-suk) and Choi In-ha (Park Shin-hye) in a discussion on the roof.

It turns out that Dal-po had been growing feelings for Park Shin-hye since he was young. In-ha responded "no" when Seo Beom-jo (Kim Young-kwang) asked her if she liked Dal-po, but then she hiccupped afterwards.

The preview showed In-ha hiccupping as she follows Dal-po. She then asks him, "Do you know why I have the hiccups?"

The roof scene is where In-ha may or may not tell Dal-po the reason why she has the hiccups and where Dal-po decides to become a reporter with In-ha.

Will he show her his feelings? Will they finally admit their love for each other?

Meanwhile, "Pinocchio" is a youth romance drama about a man who lives under a false identity and a woman who can't lie.

""Pinocchio" preview: Lee Jong-suk's look of affection for Park Shin-hye"
by HanCinema is licensed under a Creative Commons Attribution-Share Alike 3.0 Unported License.
Based on a work from this source