"Pinocchio" VS "Healer", who will be the better reporter? 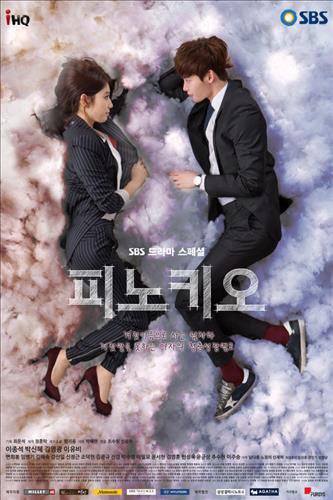 Acting as a reporter can be a tough task to accomplish in dramas.

It may seem extreme, but it's not as intense as a lawyer or doctor and there's always something lacking in a reporter as a hero.

Therefore, a reporter usually appears near to the end to show the power of the media or is pathetically manipulated by authority or money. Of course, there are dramas that deal with reporters as their main source. One such drama is the 2008 "Spotlight" starred by Son Se-jin and Ji Jin-hee; however, it was a terrible failure.

This drama was produced by a company raised by MBC, which is also a press company, but it didn't depict the world of reporters like it is which was ruled 'incomplete'. Then there was the SBS drama "Ghost", starring So Ji-sub and tvN "Nine: Time Travelling Nine Times", starring Lee Jin-wook, but neither dealt with the world of reporters. Was it because of the lack of material?

Finally, two brave dramas decided to go ahead with the subject of reporters: SBS "Pinocchio" and KBS 2TV "Healer".

Starring Hallyu stars Lee Jong-suk and Park Shin-hye, "Pinocchio" deals with social reporters. They get beaten on site but they follow the truth passionately.

Lee Jong-suk is a former taxi driver and current rookie reporter Choi Dal-po. Park Shin-hye is Choi In-ha, a woman who hiccups if she lies.

They are enemies, but that's because Choi In-ha's mother, Song Cha-ok (Jin Kyung) is a reporter who is responsible for breaking down Choi Dal-po's family and causing his mother to kill herself.

Song Cha-ok is played by Jin Kyung and Lee Pil-mo is her rival Hwang Gyo-dong.

Writer Park Hye-ryeon decided it was tough to expect something only with the world of reporters which added the elements of a complex called the Pinocchio syndrome.

Lee Jong-suk rose to freedom with the drama "I Hear Your Voice" which was written by the same person in "Pinocchio". "I spoke to Park Hye-ryeon on the phone and she was chasing down reporters at the newsroom. She's very well prepared about her work so I'm not worried about the reality of "Pinocchio", said Lee Jong-suk.

"Healer" starred by Yoo Ji-tae, Park Min-young and Ji Chang-wook comes forward with the term 'blockbuster'. It's following right after "Tomorrow's Cantabile" and it's written by Song Ji-na, who also wrote "Sandglass".

The drama is about the children of the grown-ups from "Sandglass" in which they struggle and fight against the world that their parents left behind for them.

Yoo Ji-tae takes on the role of star reporter Kim Moon-ho. He is a reporter at ABS and is the only one who knows the connection between the cases which occur in the drama.

Park Min-young is an internet news reporter called Chae Yeong-sin. The role of an internet reporter is merely a supporting role in some dramas, but this time it's one of the leading characters.

Ji Chang-wook plays Seo Jeong-woo, is a messenger who completes whatever task he's given. His role is expected to add intensity to the drama.

How will "Pinocchio" and "Healer" end? 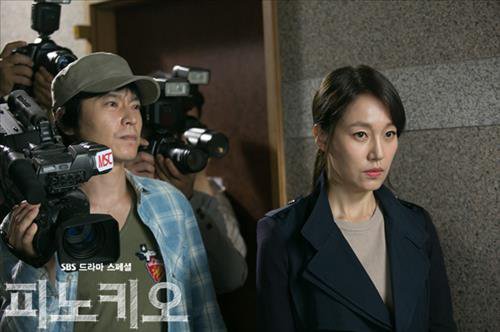 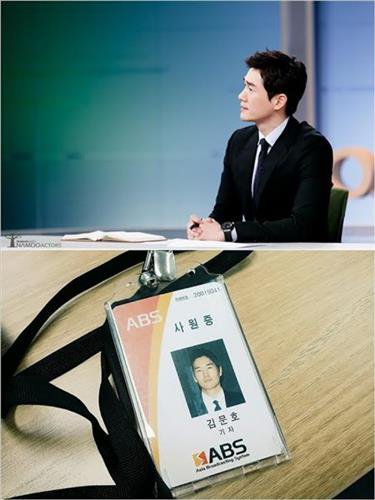 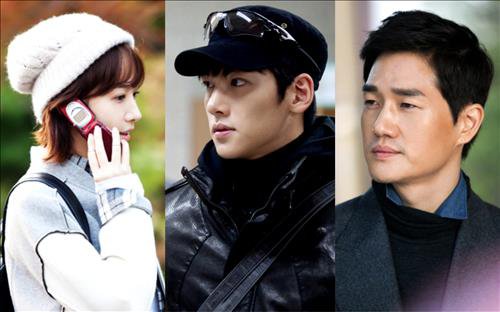 ""Pinocchio" VS "Healer", who will be the better reporter?"
by HanCinema is licensed under a Creative Commons Attribution-Share Alike 3.0 Unported License.
Based on a work from this source