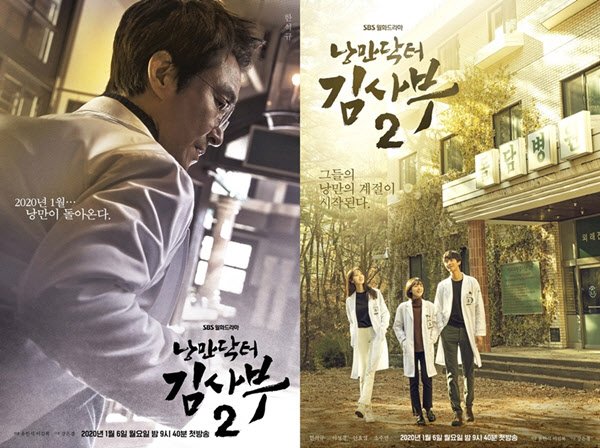 Gyeonggi-do Pocheon, Chunhye's Natural scenery and tourist attractions are in the limelight as a background for dramas.

SBS drama "Dr. Romantic 2" and tvN's "Crash Landing on You" were recently all filmed in Pocheon.

The scene where Ri Jeong-hyeok (Hyun Bin) and Yoon Se-ri (Son Ye-jin) find out they once met on the bridge of Sigriswil in Switzerland before they met in North Korea, was taken in the Hantan River Sky Bridge in Pocheon.

The Pocheon Hantan River Sky Bridge is a 200-meter-long, wobbly walk-only bridge that opened in May 2018, and the valley can be seen from a height of 50 meters.

The exterior of Doldam Hospital, the backdrop of the SBS drama "Dr. Romantic 2" is actually a former family hotel located in Sanjung Lake in Pocheon.

The beautiful sceneries of Lake Jungsan and Mt. Myungsung were often shown to enhance its image.

Currently, the Sanjung Family Hotel is not under operation, but the number of tourists wanting to become Teacher Kim (Han Suk-kyu) from the drama and leave memories behind against the backdrop of Doldam Hospital is increasing.

"Although there is only a small number of tourists this low season, the increase in the number of tourists visiting the filming locations of the dramas has helped revitalize the local economy", a city official said. "This year, we will make efforts to attract popular dramas to become the Mecca of hallyu tourist spots".

"Pocheon's 'Doldam Hospital' and 'Sky Bridge' in the Limelight as Tourist Attractions"
by HanCinema is licensed under a Creative Commons Attribution-Share Alike 3.0 Unported License.
Based on a work from this source