Points not to miss in "Unkind Women" 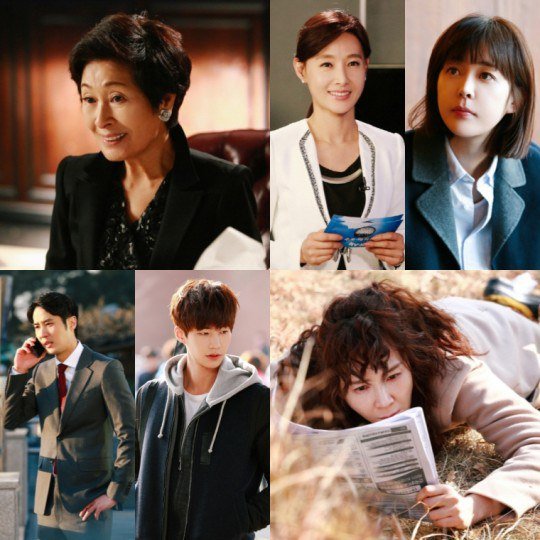 "Unkind Women" is finally coming out to the surface.

There are four points about the drama that should not be missed.

1. The drama is made up of the best actors and actresses in the country

"Unkind Women" is given the spotlight more because of the members of cast that are hard to see in one place. Kim Hye-ja has been a trusted actress for a long period of time, Chae Shi-ra has had her moments in her career until now, Do Ji-won is distinguished in her own ways and Jang Mi-hee is famous for her elegance. Then come the actors who need no words to further explain their experiences.

Not only that, Lee Ha-na, Kim Ji-suk and Song Jae-rim are from a younger generation and will bring energy to the drama.

"Unkind Women" is produced by Yoo Hyeon-gi who has made successful hits like "Master of Study", "Brain" and "My Daughter Seo-yeong". The drama is also written by Kim In-yeong who wrote "Women in the Sun" and "The Equator Man". Many look forward to the collaboration of these two people, with Yoo Hyeon-gi having created 4 hits in a row.

3. The fun, exciting and free life of 3 generations of women

If the typical family drama focused on warm family love, this drama convulses with laughter. The three generations of women might look unfortunate but Kang Soon-ok finally realizes how to love herself, Kim Hyun-sook her competitive and troublesome life was actually a blessing and the final generation Jeong Ma-ri grows into a good teacher.

The drama is a sad but touching and sometimes funny layout of three generations of women who learn about life.

4. The four different types of romance

We can't leave out the romance that each generation goes through. The first generation Kim Hye-ja reunites with actor Lee Soon-jae as a married couple for the first time in 24 years. Kim Hye-ja was forced to marry a wealthy man and she loved him but had to stand by and watch him having affairs with other women. Chae Shi-ra, the second generation, meets husband Park Hyeok-gwon and creates a daughter who grows up to be the youngest professor in the country but doesn't feel happy because of her competitive character. Do Ji-won is a solo career woman who coincidentally meets Son Chang-min, the CEO of the greatest publishing companies and falls in love. Finally, Lee Ha-na falls into a three-way romance with handsome announcer Kim Ji-suk and hot-tempered Kenzo master Song Jae-rim.

IOK Media claims the drama will relate to everyone who are having the best years of their lives to the elder generations.

"Points not to miss in "Unkind Women""
by HanCinema is licensed under a Creative Commons Attribution-Share Alike 3.0 Unported License.
Based on a work from this source