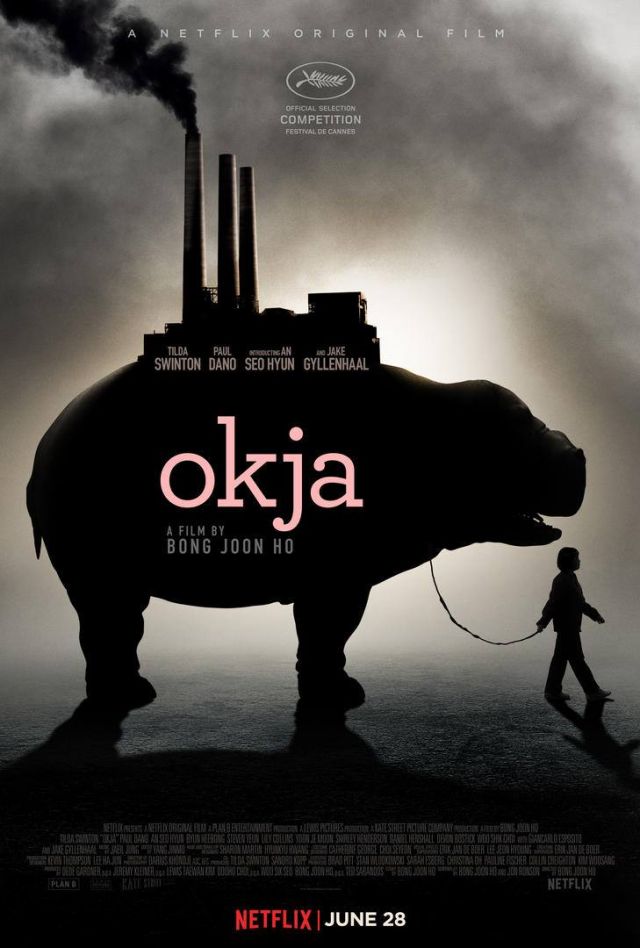 "Okja", which also stars Korean actor Byun Hee-bong, has been invited to the competition section at this year's Cannes Film Festival, which opens on Wednesday.

The film follows the story of a little girl living in a mountain village who risks everything to rescue her best friend -- a massive, genetically modified pig named Okja who has been kidnapped by a multinational company.

Bong and the leading cast members will attend a press conference, red carpet event and gala screening of the film at the festival on Friday.

Netflix invested W60 billion in "Okja", which was co-produced by Brad Pitt's Plan B Entertainment (US$1=W1,130).

The film will be given a brief theatrical release here in June.

"Poster for Bong Joon-ho's 'Okja' Released Ahead of Film's Cannes Premiere"
by HanCinema is licensed under a Creative Commons Attribution-Share Alike 3.0 Unported License.
Based on a work from this source